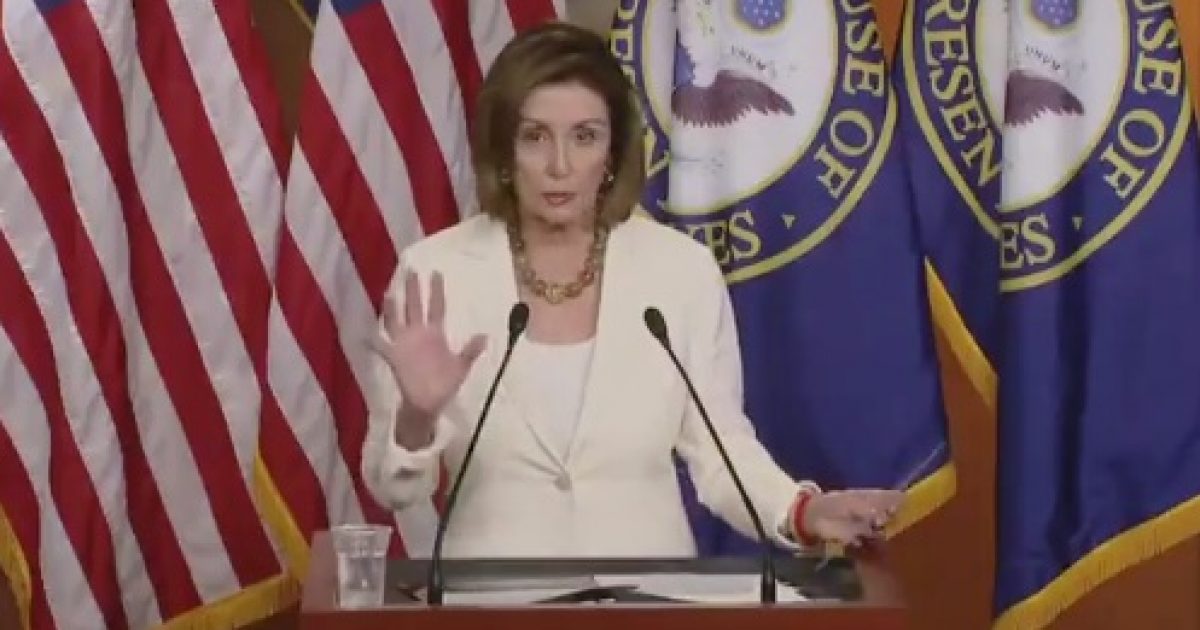 Democrat elected officials, led by House Speaker Nancy Pelosi (D-CA), are providing advice to illegal aliens in the U.S. ahead of ICE deportation raids expected over this weekend.

Pelosi urged her Democrat colleagues to tell illegal aliens about their “legal rights.”

Speaking to a closed-door whips meeting, Pelosi urged members to spread the party’s “know your rights” campaign, according to two people in the room. Democrats took the same approach earlier this year, when faced with the Department of Homeland Security’s initial threat of mass deportation raids.

Pelosi also made an announcement about the upcoming deportation raids during a press conference, telling illegal aliens, “a person may refuse to open a door and let them in.”

Pelosi: An ICE deportation warrant is not the same as a search warrant. If that is the only document ICE brings to a home raid, agents do not have the legal right to enter a home. If ICE agents don't have a warrant signed by judge, a person may refuse to open the door pic.twitter.com/ULLcl7idXy

ICE will launch raids across 10 major cities this SUNDAY.

Check your neighbors & know your rights.

Remember: no one can enter your home without a *judicial warrant.*

Sometimes ICE will try to show other papers to get in your house. Judicial warrants are from a court. /1 https://t.co/g2yktrX3Bw

President Trump postponed the deportation raids two weeks ago after media leaks of the plan put ICE officers in danger.

At the request of Democrats, I have delayed the Illegal Immigration Removal Process (Deportation) for two weeks to see if the Democrats and Republicans can get together and work out a solution to the Asylum and Loophole problems at the Southern Border. If not, Deportations start!

Liberal mayors across the country are vowing not to cooperate with the deportation orders, including New York Mayor Bill de Blasio.

“This is a policy of fear and division — and more proof that we need to abolish ICE,” de Blasio said in a tweet Thursday. “Our city is stronger, safer and more prosperous than ever BECAUSE of our immigrant communities. We will do EVERYTHING we can to protect them.”

Democrats continue to put the needs of illegal aliens before American citizens by ignoring the rule of law.