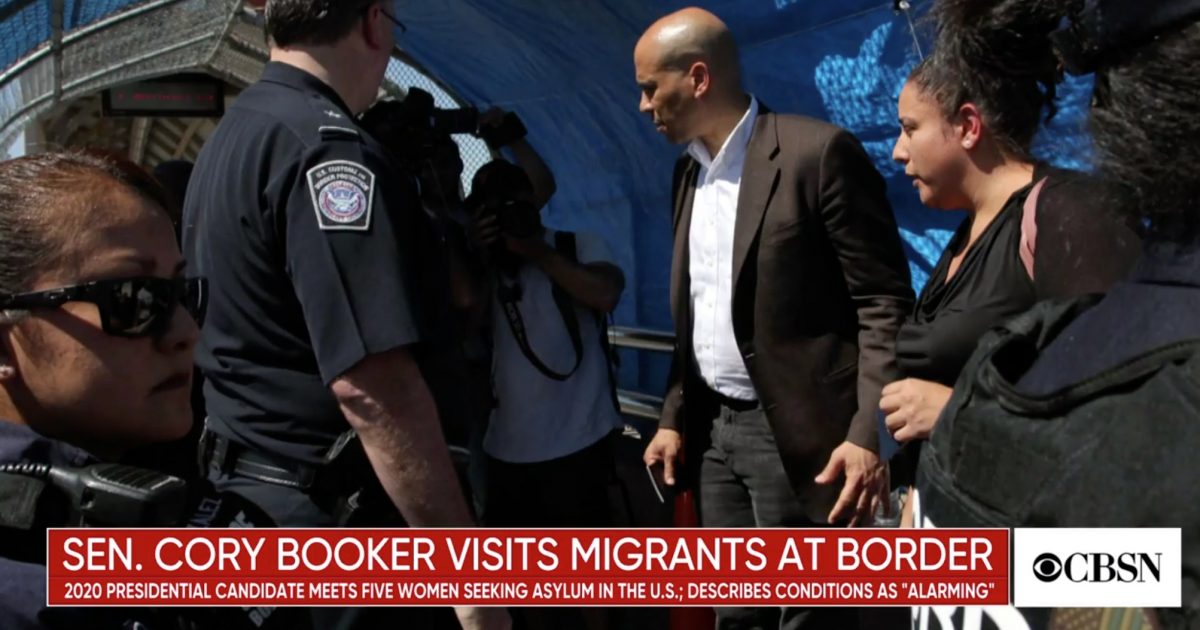 Booker explained the plight of the five women he escorted into the U.S. to the media and streamed live from his Facebook page.

“These women had really horrific stories,” Booker told reporters in El Paso. “They are survivors of sexual violence, attacks. They are being preyed upon. They have legitimate fears. This policy that we have, what it’s doing is pushing people who are already vulnerable back into a dangerous situation.”

Today I crossed the US-Mexico border in El Paso with @fams2gether and @LasAmericasIAC to help five women present themselves for asylum. These are my observations. Please don't look away.

These stories are profoundly alarming, but my words can’t begin to capture the pain. Their very human dignity is under assault, and it’s being done in our name.

According to The New York Times, the women accompanied by Booker entered the U.S. via a bridge in El Paso, Texas and were taken to a shelter.

Booker is trying to boost his presidential campaign via high profile advocacy and the southern border.