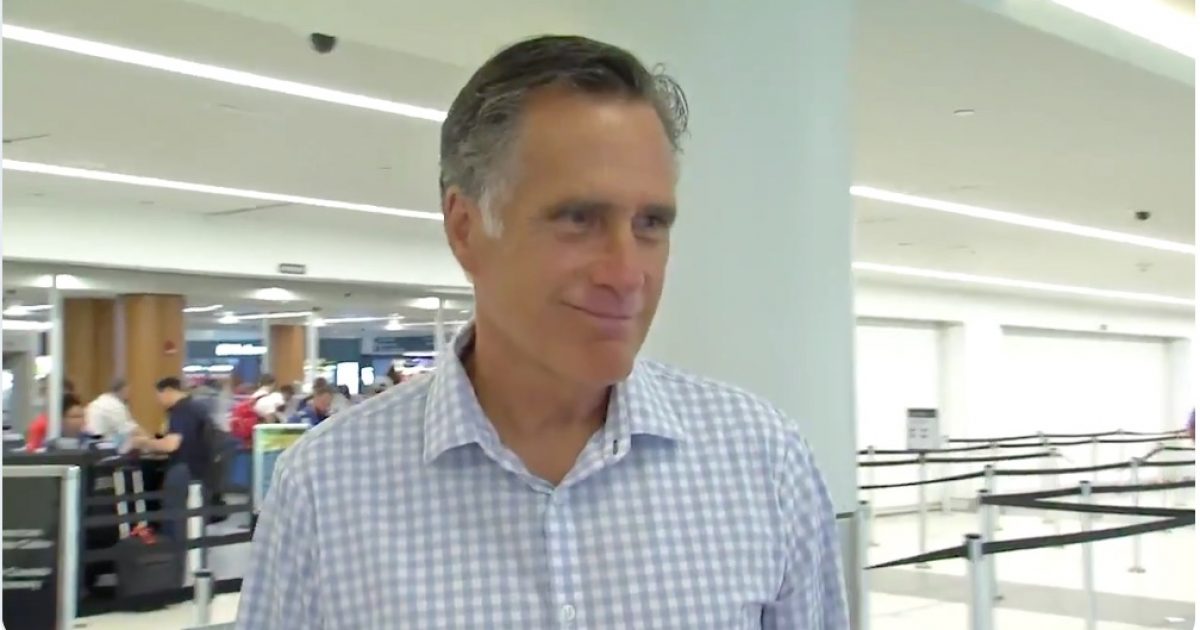 Senator Mitt Romney (R-UT) joined Democrats and the anti-Trump media in blasting President Trump over his tweet that told the radical freshmen Democrats to “leave the country,” if they don’t like living in the U.S.

The president’s comments were destructive, demeaning, and disunifying. The President of the United States has a unique and noble calling to unite the American people – of all different races, colors, and national origins. In that respect, the president failed badly.

Romney didn’t go too far with his criticism of the president, refusing to call President Trump a racist.

When asked by @AlisonNBCBoston if Trump’s tweets are racist, @MittRomney says “that’s all I’ve got, thanks.” pic.twitter.com/5bDCQvoqSg

Romney is surfacing as the lead critic of President Trump in Congress.

In addition to Romney, the anti-Trump media is going all out with criticism of President Trump.

Combined, CNN and MSNBC used the term racist over 1,000 times since the president’s tweet, according to Grabien Media.

Not counting chyrons, CNN has used the word “racist” in reference to Trump 636 times since Sunday morning, per @grabienmedia.

President Trump’s adversaries will use every opportunity to blast and demean him.