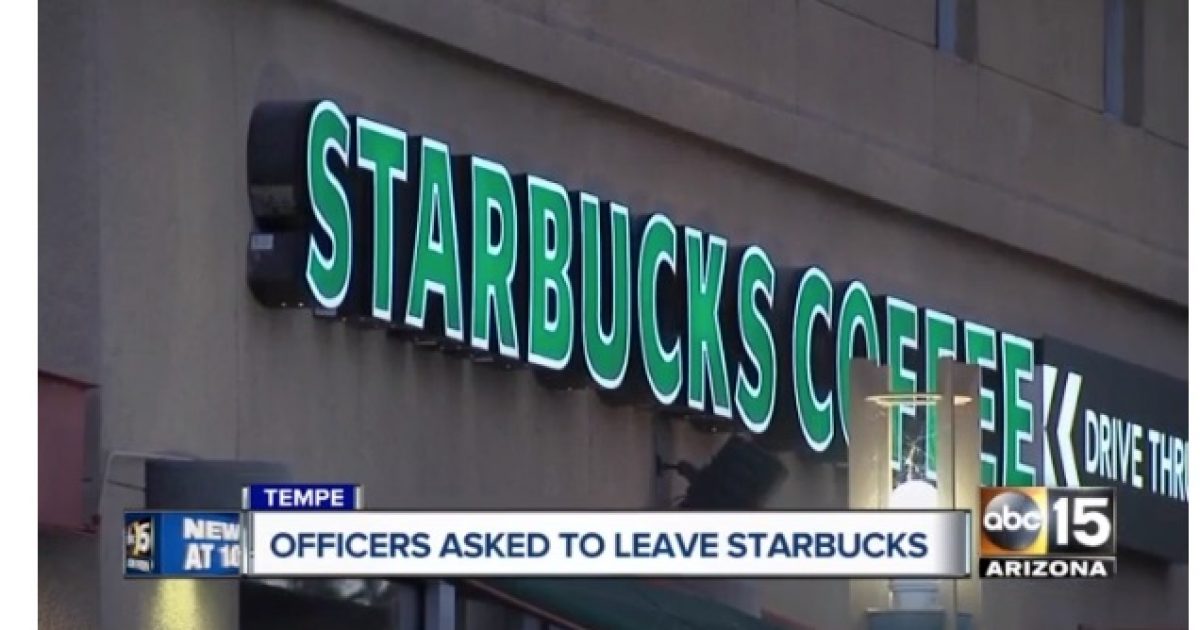 On July 4, six Tempe police officers were asked to leave a Starbucks store at the request of a barista, according to news reports.

The incident was initiated by a patron who complained about the presence of the police officers in the coffee store.

“A group of six Tempe police officers were reportedly asked to leave by a barista at Starbucks recently.

The incident reportedly happened on July 4, at the location off of Scottsdale and McKellips roads.”

The Tempe Police Department issued a statement on Twitter:

In response to the numerous requests for comment regarding Tempe Police Officers being asked to leave Starbucks on July 4th, 2019 attached is the statement on behalf of the Tempe Police Department. pic.twitter.com/biTc4eTqTy

The Tempe Officers Association Tweeted a comment about the incident:

Don't appreciate @Starbucks asking our #Tempe cops to leave your establishment on the #4thofjuly2019. Several of those cops are #veterans who fought for this country! #ZeroRespect pic.twitter.com/oGaDKhlYX3

Starbucks apologized for the incident:

“On behalf of Starbucks, I want to sincerely apologize to you all for the experience that six of your officers had in our store on July 4.” Read more: https://t.co/BC5dEon56E – Rossann Williams, executive vice president, president U.S. Retail

It’s outrageous Starbucks asked police officers to leave the store while the company’s guest policy considers anyone, paying customer or not, to sit in their stores.