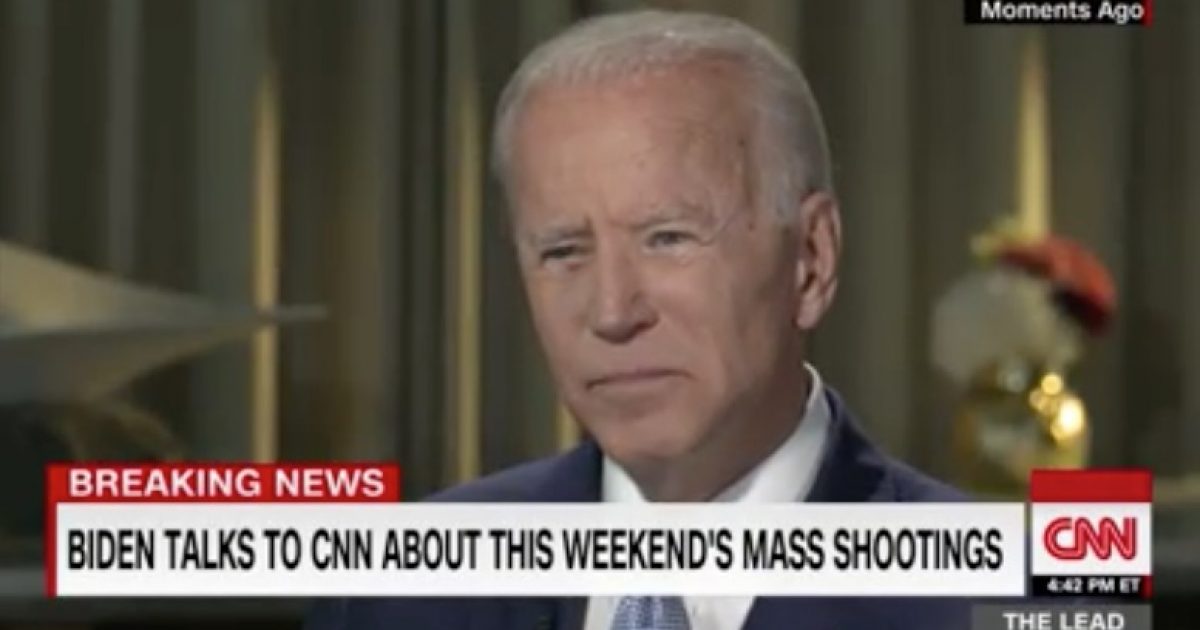 Former Vice President and 2020 presidential candidate Joe Biden attacked President Trump by invoking the KKK in an interview about the mass shootings in Texas and Ohio.

On CNN, Biden said the country had previously dealt with white supremacy in the 1920’s.

We went through this before in the ’20s with the Ku Klux Klan,’ he said, ‘50,000 people walking down Pennsylvania Avenue in pointed hats and robes because they in fact decided they didn’t want any Catholics coming into the country.’

Biden focused on the Texas shootings where the suspected gunman expressed white supremacist and racist views about immigrants in a manifesto.

During the interview, CNN host Anderson Cooper asked a leading question about the president’s tone in generating a violent reaction by providing white supremacists “a dog whistle.”

On Twitter, Biden echoed the same sentiment about President Trump.

Let's be very clear. You use the office of the presidency to encourage and embolden white supremacy. You use words like "infestation" and "invasion" to talk about human beings. We won't truly speak with one voice against hatred until your voice is no longer in the White House. https://t.co/CW3wxxTm2E

You cannot leave it up to me. Members of the press: You too have to call him out for being the most racist president since Andrew Johnson. pic.twitter.com/bsrrth4p0K

Biden also called for an assault weapons ban during the CNN interview and repeated the same view on Twitter.

Biden and O’Rourke are exploiting a national tragedy to boost their presidential campaigns.