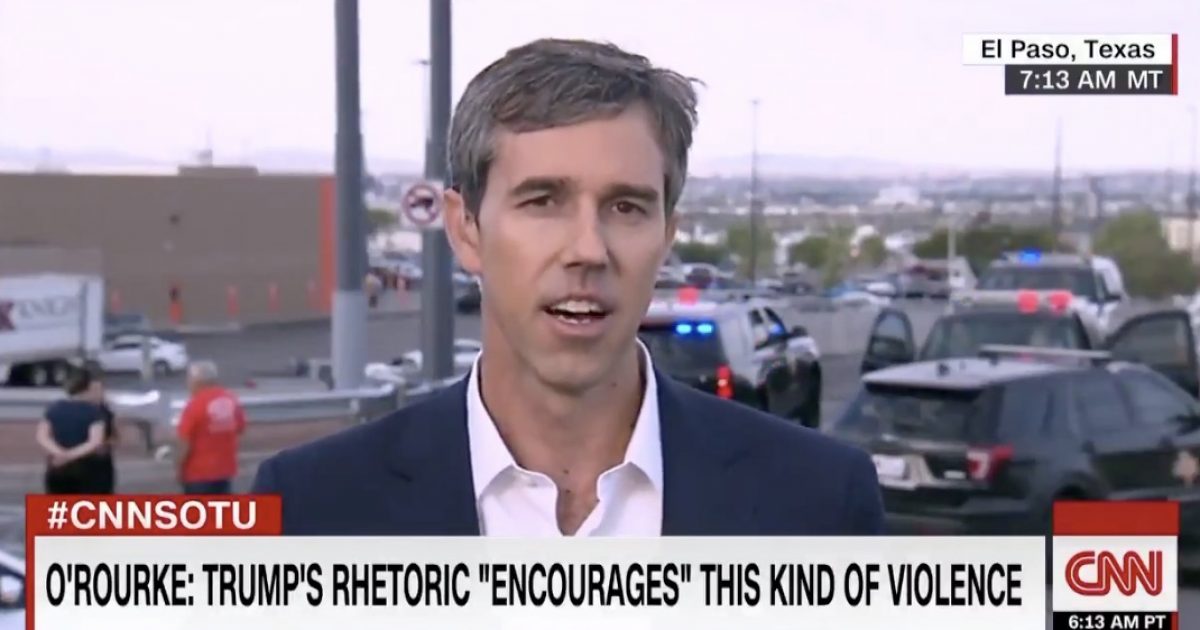 The first weekend in August was marred by two mass shooting tragedies resulting in numerous deaths and injuries of innocent people.

The tragic mass shootings launched a call by Democrats for gun control and there’s a barrage of attacks against President Trump from critics holding him responsible for the duel tragedies.

Democrat 2020 presidential candidates went after President Trump over the shootings with some calling him racist.

Jake Tapper: “Do you think President Trump is a white nationalist?”
Beto O’Rourke: “Yes, I do.” #CNNSOTU pic.twitter.com/R86FAk5gnb

Chris asks @PeteButtigieg if he thinks President Trump bears some responsibility for these shootings, he says these people feel validated all the way from the top #FNS #FoxNews pic.twitter.com/NKugBTCny5

Democratic presidential candidate Julian Castro told ABC’s “This Week” on Sunday that President Trump’s inflammatory rhetoric “fanned the flames of hate” as a political strategy, creating a “license for a toxic brew of white supremacy to fester” in this country.

Julian Castro says the shooter is "responsible directly for that shooting in El Paso," but adds that President Trump "as our national leader," has "a role to play in either fanning the flames of division or trying to bring Americans … together" https://t.co/dXJdrsFMAg pic.twitter.com/QwZW5kn1ND

“In my faith, you have this idea that you reap what you sow, and he is sowing seeds of hatred in this country, this harvest of hate violence that we are seeing right now lies at his feet,” Booker said. “There is a complicity in the president’s hatred that undermines the goodness and decency of Americans.”

California Democrat Senator Kamala Harris was critical of President Trump, saying he should “Have the courage to act.”

My message to the president on gun violence. pic.twitter.com/G0faCxtMSo

The mass shootings are horrible events and politicizing these tragedies by blaming President Trump will not lead to any solutions.