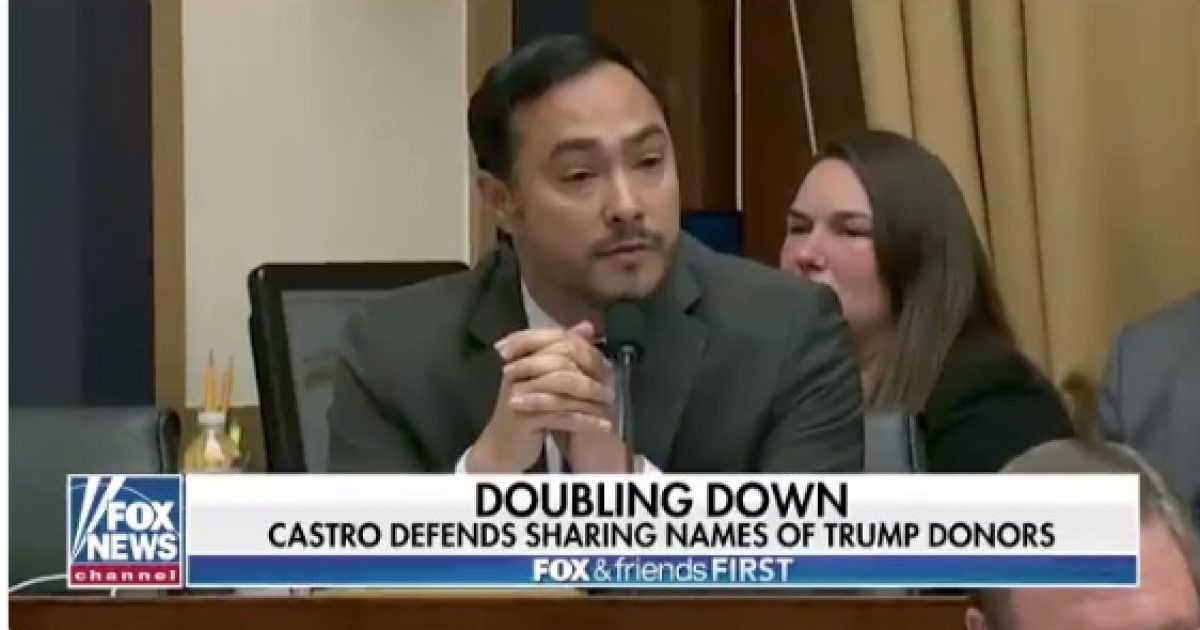 Democrats and the anti-Trump media are escalating attacks against President Trump and his supporters following the mass shootings in Texas and Ohio.

President Trump’s critics are accusing the president of being responsible for the mass shooting in El Paso because the suspect expressed racist views.

MSNBC host Nicolle Wallace accused the president of wanting to exterminate Latinos but later walked back her comment in a Tweet.

This is a complete lie and is extremely dangerous rhetoric in today’s volatile atmosphere pic.twitter.com/S5Yda6MUQR

I misspoke about Trump calling for an extermination of Latinos. My mistake was unintentional and I’m sorry. Trump’s constant assault on people of color and his use of the word “invasion” to describe the flow of immigrants is intentional and constant.

MSNBC host Joe Scarborough criticized businesses that support President Trump because according to him, they are enabling a white supremacist president.

Congressman Joaquin Castro refuses to remove his tweet after identifying, and shaming dozens of Trump donors from his district. pic.twitter.com/Jl3gj1uThj

The escalation of attacks against President Trump and his supporters are a dangerous development.

The verbal assault is built on propaganda claiming the president is a white supremacist and a racist and the goal is to silence President Trump’s supporters through intimidation.