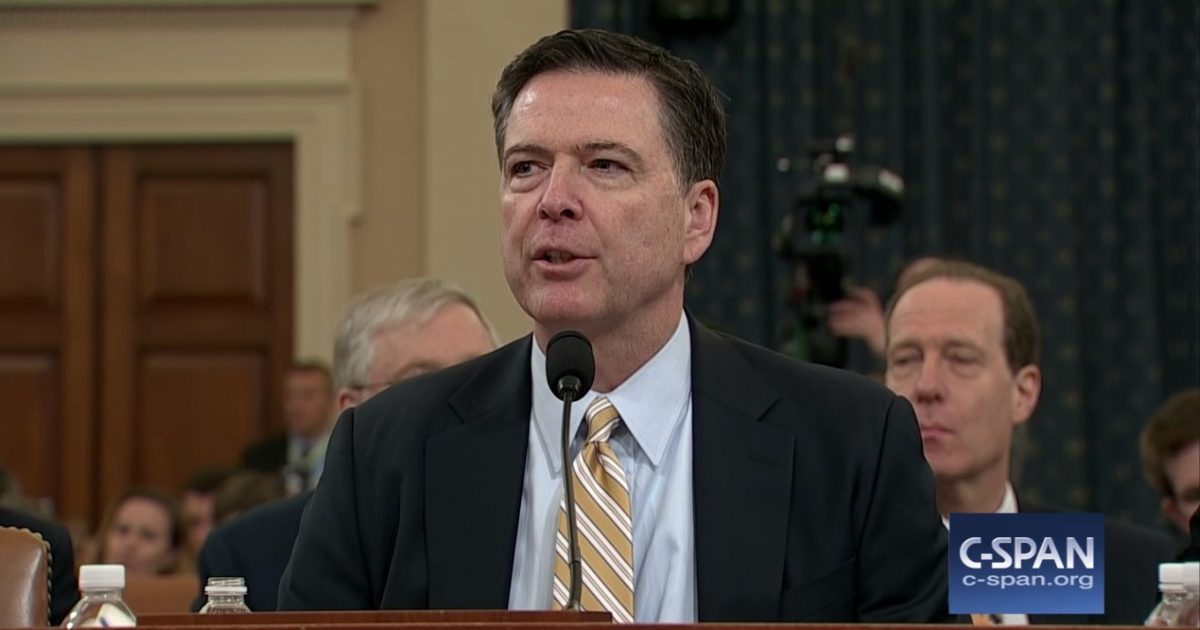 The Department of Justice (DOJ) refused to prosecute former FBI Director James Comey for mishandling classified memos about a meeting with President Trump.

DOJ Inspector General Michael Horowitz made a criminal referral to the DOJ over Comey’s handling of the memos.

Comey testified he asked a friend to share the information contained in the memos with a reporter in the hope the news would result in the appointment of a special counsel to investigate the president.

Mr. Comey showed copies of a memo to a friend, Daniel C. Richman, a professor at Columbia Law School, Mr. Richman has confirmed. “I asked a friend of mine to share the content of the memo with a reporter,” Mr. Comey testified to Congress in June 2017. “I thought that might prompt the appointment of a special counsel.”

Proving Comey intended to leak classified documents was the legal hurdle that drove the DOJ’s decision not to prosecute the former head of the FBI.

Prosecutors found the IG’s findings compelling but decided not to bring charges because they did not believe they had enough evidence of Comey’s intent to violate the law, according to multiple sources.

Comey taunted Representative Mark Meadows (R-NC) on Twitter about a prior Tweet the Representative made over the former FBI Director’s recent silence.

I love transparency. I just wait for facts before I talk about them. I’m confident the results of all IG reports will show honest public servants worked hard to protect this country from a threat this president and his enablers won’t acknowledge. And @ me next time, bruh. https://t.co/0yTNgV2K4F

The DOJ’s refusal to prosecute Comey raises concerns of a two-tier justice system where politically connected individuals get special treatment.

It’s ridiculous to believe Comey, as the head of the FBI at the time, didn’t know the information he wrote was classified because after all, his memos were based on a private meeting with the president of the United States.