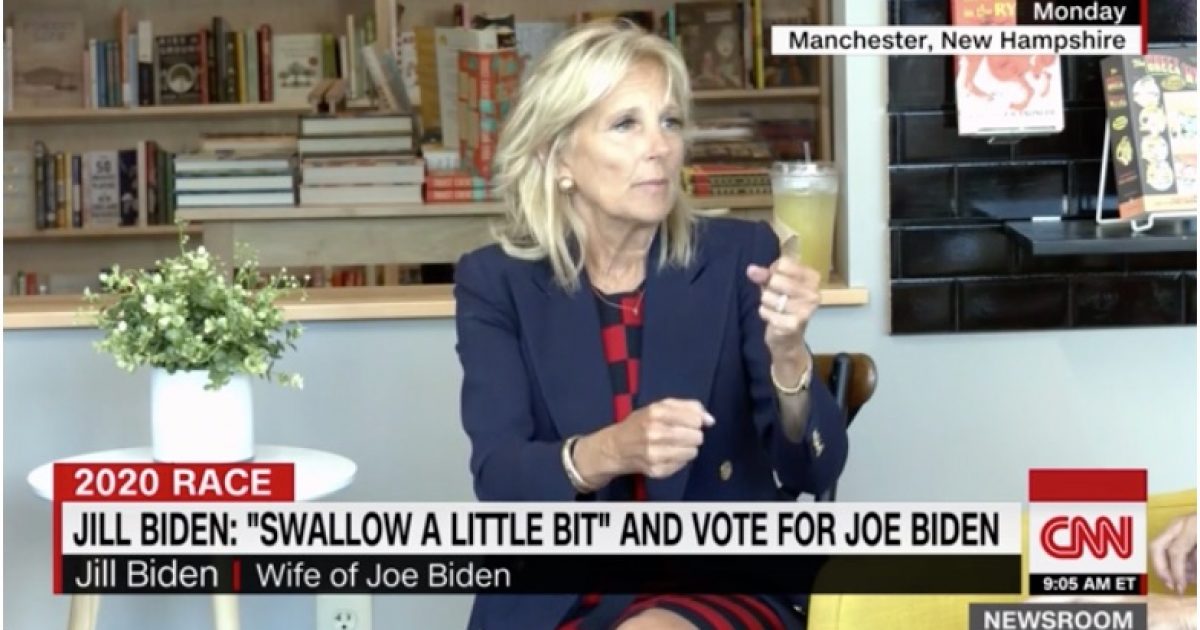 Jill Biden pushed her husband’s electability as the best reason for Democrat primary voters to back her husband’s run for president.

During a campaign stop in New Hampshire, Jill Biden acknowledged some might feel other Democrat candidates were more popular and had better policy ideas but she urged voters to back her husband because “… your bottom line has to be that we have to beat Trump.”

.@DrBiden in Manchester, NH today: "…you’ve got to look at who’s going to win this election, and maybe you have to swallow a little bit and say ok I personally like so and so better, but your bottom line has to be that we have to beat Trump" pic.twitter.com/UllowWoKim

Electability is also the core theme of a video ad that will be aired in Iowa.

The ad, called “Bones” says, “We all know in our bones that this election is different. The stakes are higher. The threat is more serious. We have to beat Donald Trump.”

The New York Times reports the ad buy will cost the Biden campaign in the “high six-figure” range.

Meanwhile, the Biden campaign got good news from polls.

According to the RealClearPolitics average of latest national polls, Biden has a commanding lead with 29 percent, followed by Massachusetts Senator Elizabeth Warren coming in second place with 15.8 percent, and Vermont Senator Bernie Sanders landed in third place at 15.4 percent.

It appears the Biden campaign is promoting electability as a way to minimize the recent number of gaffes by the candidate.

Essentially, it’s forget about policy and age and focus on hating President Trump as the main reason to vote for Joe Biden.