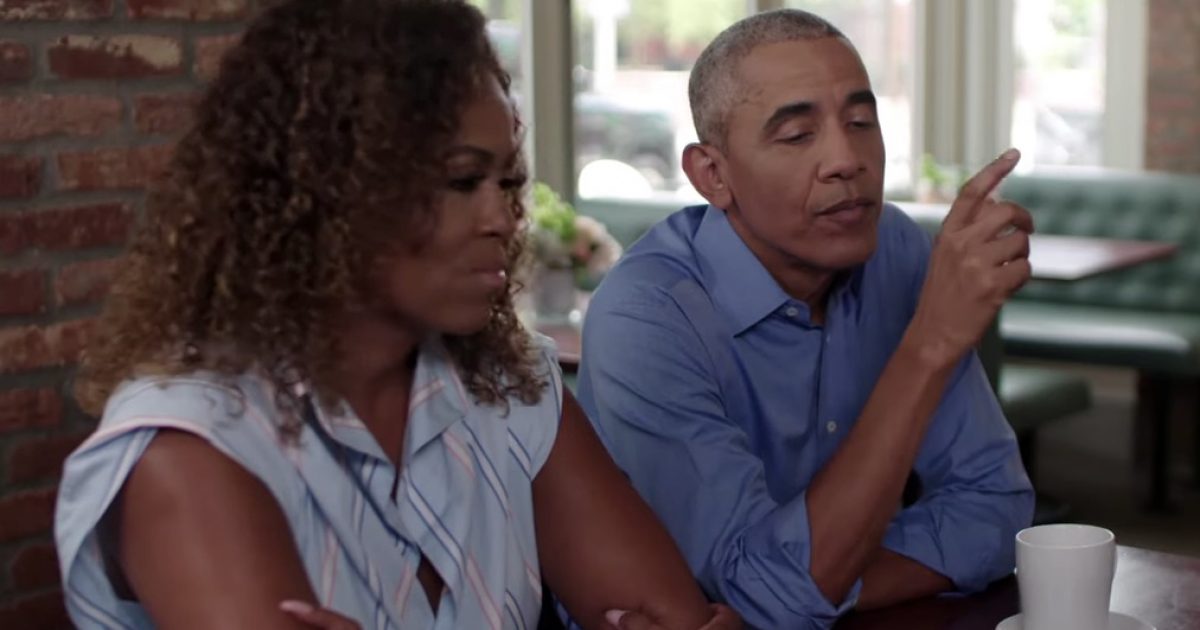 The Obamas are cashing in from being in the White House and the hypocrisy alert is ringing loud and clear over their extravagant lifestyle.

After lecturing Americans about the importance of making lifestyle choices to combat climate change, former President Obama is not following his own advice.

The Obamas reside in an $8.1 million mansion in Washington, D.C., and are known to travel the world.

It’s reported the Obamas are buying a beachfront mega-mansion in Martha’s Vineyard at a listing price of $14,850,000.

It’s rather ironic the Obamas would heavily invest in beachfront property when Democrats, including 2020 presidential candidates, constantly talk about the onset of rising sea levels to occur in a matter of years.

What other countries thought of American’s personal lifestyle choices, including what size auto to drive and energy consumption, also concerned Obama.

On the presidential campaign trail, then-candidate Obama told an Oregon crowd, “We can’t drive our SUVs and eat as much as we want and keep our homes on 72 degrees at all times … and then just expect that other countries are going to say OK.”

In 2011, Obama was at an event and when asked about high gas prices he told an attendee, “If you’re complaining about the price of gas and you’re only getting 8 miles a gallon, you know…you might want to think about a trade-in.”

The Obamas acquired their massive wealth through book advancements and sales, speaking fees, and a lucrative offer by Netflix to produce content.

However, Obama chastised Americans for making too much money, saying, “I mean, I do think at a certain point you’ve made enough money.”

Just last year during a speech in South Africa, Obama complained about income inequality and was highly critical of wealthy individuals.

Obama spent years lecturing Americans about their lifestyle choices and continues to do so while enjoying an extravagant lifestyle that reeks of hypocrisy.