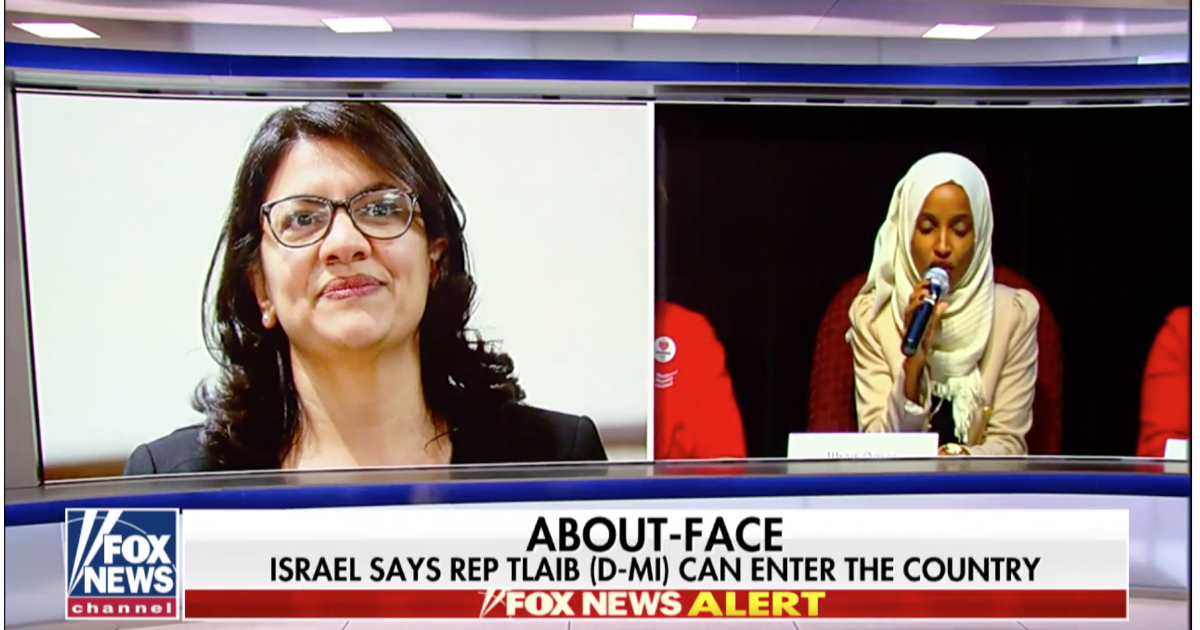 Democrat Representative Rashid Tlaib from Michigan rejects a visit to Israel after the government gave her the ok on a humanitarian basis.

After originally being rejected for entry to Israel, along with Democrat Representative Ilhan Omar from Minnesota, Tlaib made a separate request to enter the country so she could visit her grandmother who lives in the West Bank.

Israel accepted the request on a humanitarian basis but Tlaib reversed course and rejected the offer and then blasted the country. Tlaib didn’t like the conditions by the Israeli government.

Silencing me & treating me like a criminal is not what she wants for me. It would kill a piece of me. I have decided that visiting my grandmother under these oppressive conditions stands against everything I believe in–fighting against racism, oppression & injustice. https://t.co/z5t5j3qk4H

Rep. Tlaib just tweeted that she won't be coming to Israel.
Just yesterday she sent me a letter, asking to visit her 90 year old grandmother saying, "it might be my last chance to meet her".

President Trump reacted to Tlaib’s decision not to travel to see her grandmother in the West Bank.

The president questioned whether Tlaib was playing politics all along.

Israel was very respectful & nice to Rep. Rashida Tlaib, allowing her permission to visit her “grandmother.” As soon as she was granted permission, she grandstanded & loudly proclaimed she would not visit Israel. Could this possibly have been a setup? Israel acted appropriately!

The decision by Tlaib shows she was only interested in anti-Israel propaganda.