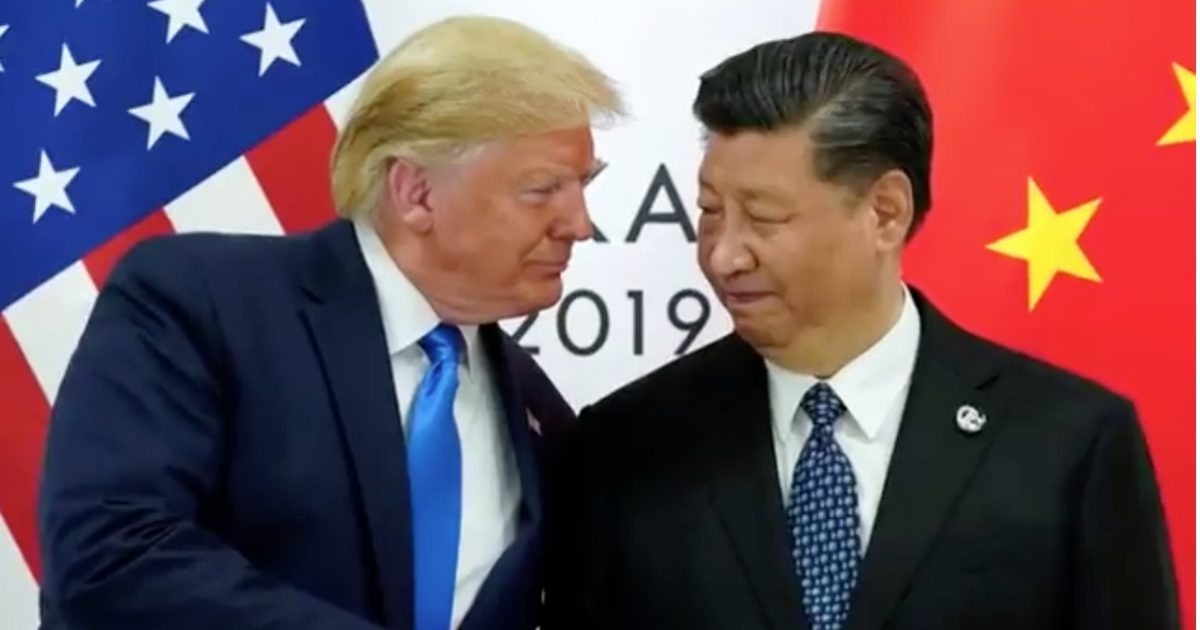 President Trump fired back at China after the country added tariffs on American products Friday morning.

China announced a new round of tariffs on $75 billion in goods that will be in effect during the fall and the president responded by adding a 5 percent tariff on Chinese goods.

CNN reports, “China will place additional tariffs of 5% or 10% on US imports starting on September 1st, according to a statement posted by China’s Finance Ministry.”

The story notes the tariffs set to take place on December 15 will resume by targeting U.S. automobiles at 25 percent and auto parts at 5 percent. Additionally, China plans new tariffs on commodity products such as coffee and soybeans.

PBS reports on the president’s response:

President Trump didn’t stop there. In a Tweet, he “ordered” American businesses to leave China.

….better off without them. The vast amounts of money made and stolen by China from the United States, year after year, for decades, will and must STOP. Our great American companies are hereby ordered to immediately start looking for an alternative to China, including bringing..

In additional Tweets, the president reminded the public how badly China’s actions harm the U.S.

….My only question is, who is our bigger enemy, Jay Powell or Chairman Xi?

The escalation of the trade war hit the stock market hard with the Dow dropping more than 600 points.

President Trump is showing amazing leadership by challenging China like no other previous president.

Predictably, CNN blasted the president earlier in the week when he defended his role in challenging China.