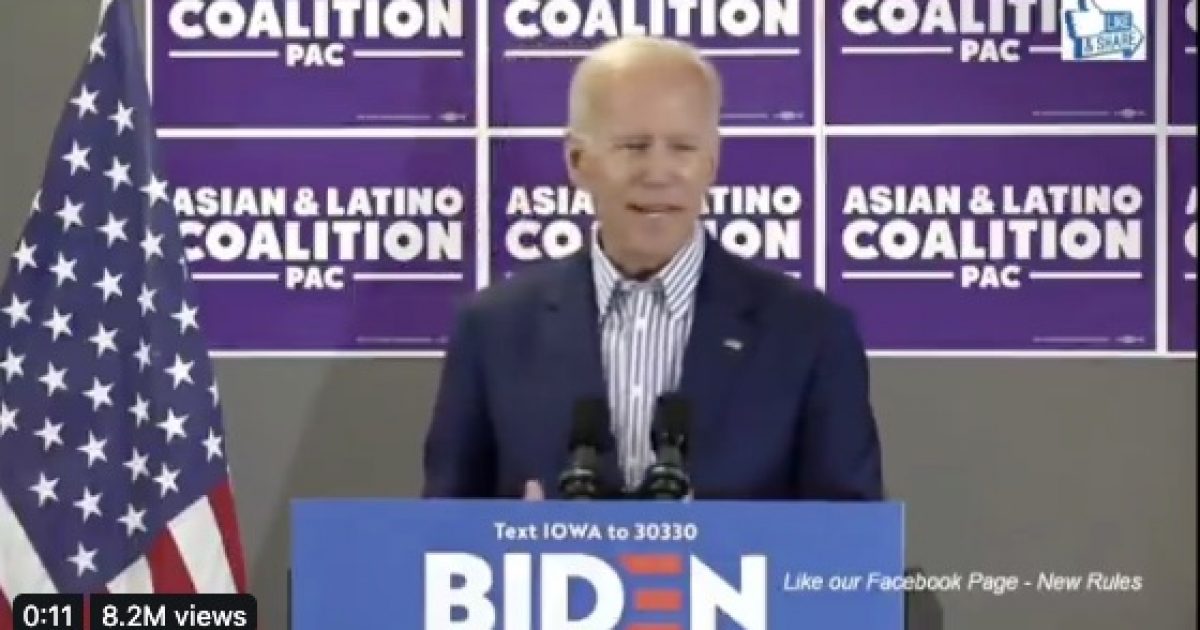 During a campaign event in Iowa, Biden told a group of Asians and Latinos, “We have this notion that somehow if you’re poor, you cannot do it. Poor kids are just as bright and just as talented as white kids.”

"Poor kids are just as bright and just as talented as white kids."

President Trump didn’t miss the opportunity to take advantage of Biden’s gaffe by challenging the mental capacity of the former vice president.

The president added he would be thrilled to run against Biden in the 2020 presidential race.

NBC News’ Andrea Mitchel defended Biden in a news report by reporting President Trump and his campaign team were “seizing on a few words.”

Democratic front-runner Joe Biden raised eyebrows on the campaign trail after what appeared to be a slip of the tongue during a speech in Iowa. @MitchellReports has the latest. pic.twitter.com/rJt3gPueEo

Trump wasn’t the only one to criticize Biden’s comments.

“Poor” kids are just as bright and talented as white kids?

To quickly dismiss @JoeBiden’s words as a mere “slip of the tongue” is as concerning as what he said. We need to have a real conversation about the racism and sexism behind “electability.” https://t.co/PcL6OgMPnD

Biden has a lead in the polls but as time moves forward, his long history in the Senate and his ability to consistently deliver gaffes is going to work against his candidacy.

In addition, President Trump, who has a way of labeling his competitors, just tagged Biden with not being mentally fit to be president.