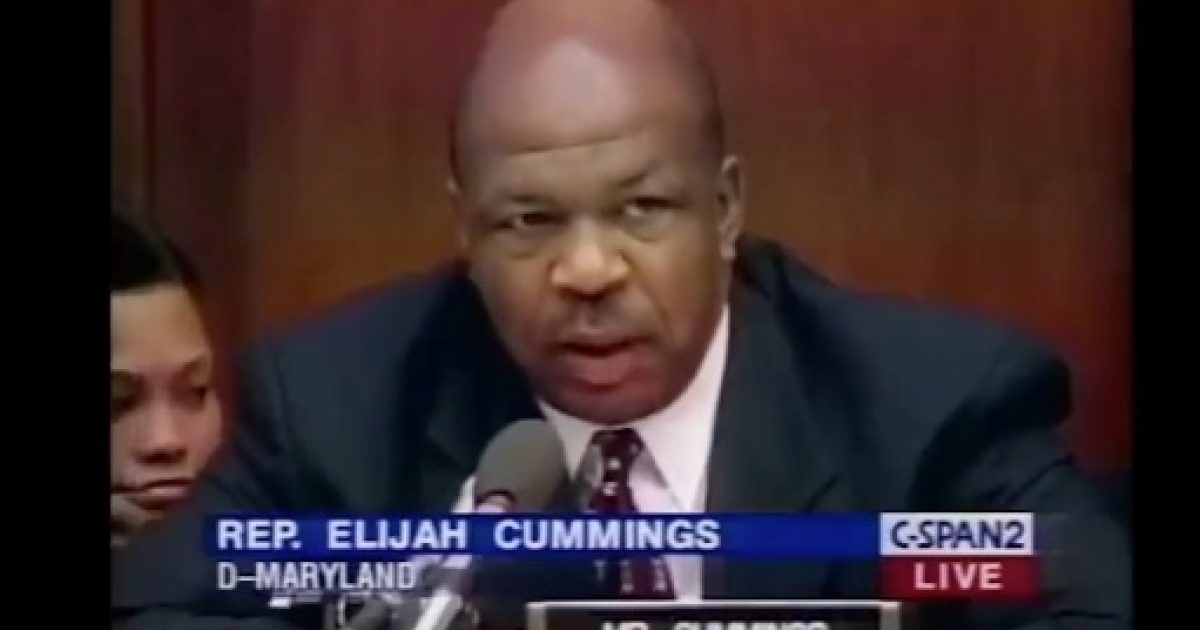 Cummings is on video calling his district “a drug-infested area.”

The Radical Left Dems went after me for using the words “drug-infested” concerning Baltimore. Take a look at Elijah C. pic.twitter.com/E08ngbcw3d

Decades ago, Cummings was clearly aware of the serious issues plaguing his district but nothing has changed under his watch.

The other major concern is what happened to the federal funds the city received over the span of many years and most recently, $16 billion in 2018?

Why is so much money sent to the Elijah Cummings district when it is considered the worst run and most dangerous anywhere in the United States. No human being would want to live there. Where is all this money going? How much is stolen? Investigate this corrupt mess immediately!

All week long supporters of Cummings including the anti-Trump media rallied behind him with endless cries of racism against President Trump.

.@RepCummings is a champion in the Congress and the country for civil rights and economic justice, a beloved leader in Baltimore, and deeply valued colleague. We all reject racist attacks against him and support his steadfast leadership. #ElijahCummingsIsAPatriot https://t.co/2LG8AuQrHh

President Trump tweeted that Rep. Elijah Cummings’ district is a “rodent infested mess” where “no human being would want to live.”

“When he tweets about infestation, it's about black and brown people,” Blackwell says. pic.twitter.com/VeCIIvQ4SJ

However, the Left’s selective outrage is comical to watch, considering Cummings is not the only liberal who highly criticized his own Baltimore district.

Former Baltimore Mayor Catherine Pugh, who resigned in May over a scandal involving children’s books, toured the streets of Baltimore last September and is on video, saying, “Whoa, you can smell the rats.”

"What the hell? We should just take all this shit down.”

"Whoa, you can smell the rats." pic.twitter.com/BqhsL2Dsx7

Can’t wait to see how Democrats and the anti-Trump media will spin the comments by Cummings, Pugh, and Sanders.

Not surprising, liberals continue to ignore the actual deplorable conditions the citizens in Cummings’ district are living in and have been for decades.

Liberals making President Trump’s comments about race provides cover for Cummings and shields him from accountability.