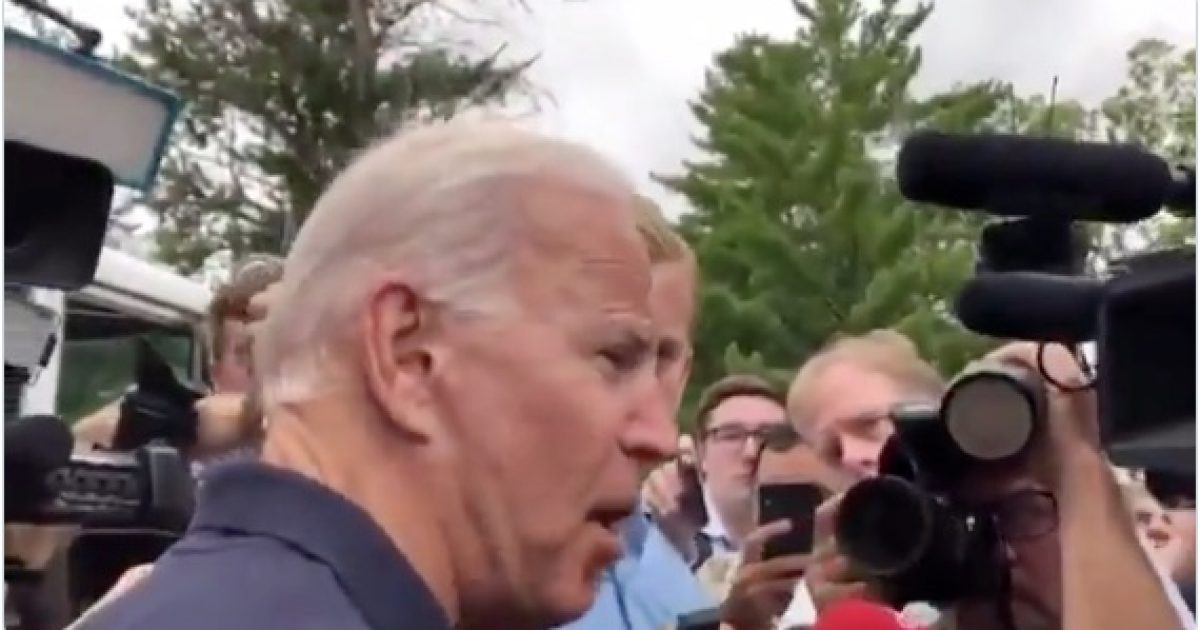 Former Vice President and 2020 presidential candidate Joe Biden is attacking President Trump over news reports the president asked the president of Ukraine to investigate Biden’s son’s past business dealings in the country.

At issue is the claim that when he was vice president, Biden helped his son Hunter by getting the Ukraine government to stop investigating a natural gas company that had him on its board of directors.

Biden attacked President Trump over the president’s claimed request to look into Hunter and the Ukraine company he worked for as a board member.

The former vice president said President Trump was abusing his power and that in an election, Biden would beat the president in a head to head matchup saying, “I’ll beat him like a drum.”

BIDEN: “Trump’s doing this because he knows I’ll beat him like a drum!”

Biden is trying to make the most of the Ukraine phone call incident.

Desperate Donald Trump knows that I can beat him, so now he’s enlisting the help of a foreign government — once again. It’s an abuse of power and violates every basic norm of the presidency.

We cannot give him four more years in the White House.https://t.co/cqhkBUviAs pic.twitter.com/vXmH3lTW6k

President Trump fought back against the elements of the phone call with Ukraine.

“Ukraine Foreign Minister disputes reports of any pressure from Trump. This conversation was long, friendly, and it touched on many questions.” @NBCNews Correct. If your looking for something done wrong, just look at the tape of Sleepy Joe. He is being protected by the Media!

Biden and the anti-Trump media are trying to damage President Trump over his call with the Ukraine president.

It’s a desperate attempt to distract American voters from investigating how Biden might have used his influence as vice president to financially benefit his son.