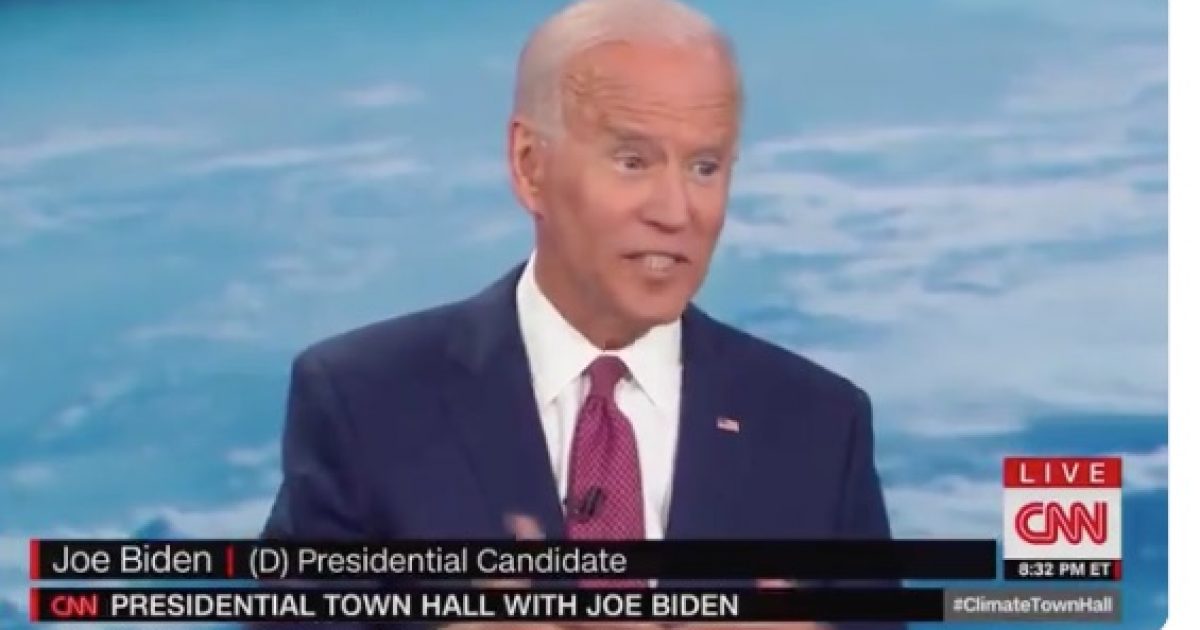 The CNN climate change town hall exposes the extreme agenda of the Democrats running for president.

Each of the ten candidates participating in the town hall got a forty-minute opportunity to discuss climate change, their plans to address it and to take questions from the audience.

Joe Biden says "We've got to shut down" all coal-fueled power plants, which provided 27% of all electricity in the United States last year.

Transportation was addressed including a very strong preference to remove gasoline-powered vehicles from the road and using high-speed rail to transport people.

Joe Biden: "We can take millions of vehicles off the road if we have high-speed rail" #ClimateTownHall https://t.co/wUvXtmyuus pic.twitter.com/cWF9VIbxp0

President Trump responded to the climate change town hall in a Tweet.

8 FACTS that #FakeNewsCNN will ignore in tonight’s “Climate Forum”

The Democrats running for president showed the country they are willing to advance radical policies to address climate change.

Such policies will loot Americans of their liberty by putting the federal government in control of almost every aspect of their lives.