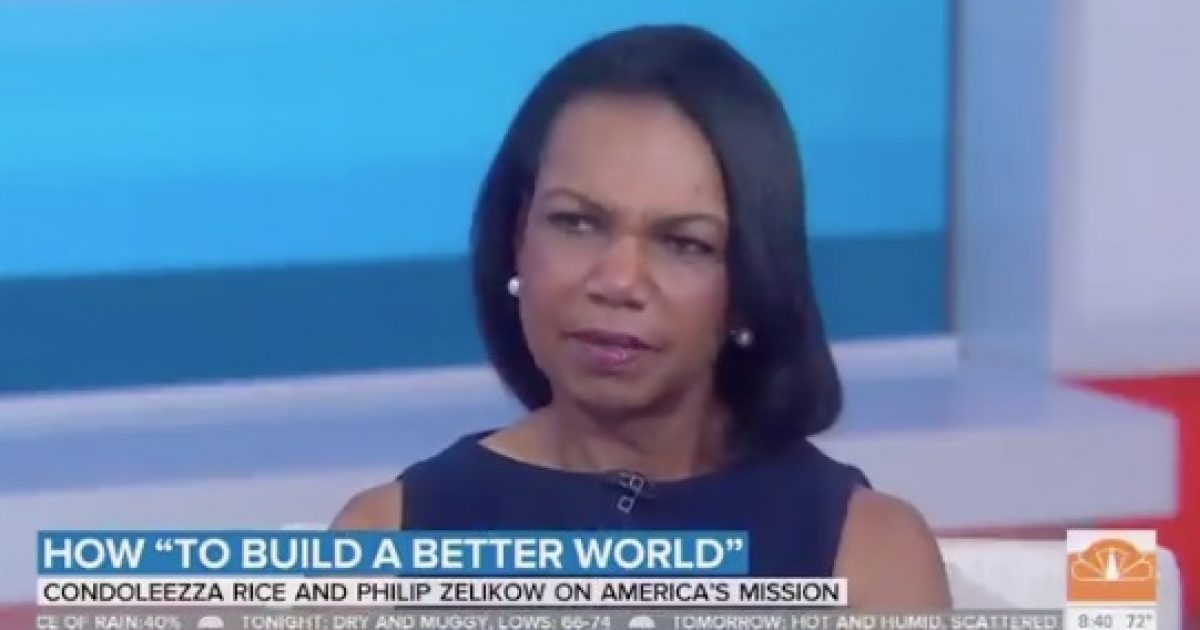 The anti-Trump media are still clinging to the conspiracy theory that Russia election meddling is the reason Donald Trump is president.

Former Secretary of State Condoleezza Rice appeared on NBC’s “Today Show” to discuss her new book, “To Build a Better World: Choices to End the Cold War and Create a Global Commonwealth.”

Guthrie said the 2016 election, “was decided by a handful of votes in a few states,” and she then suggested Russia helped Donald Trump get elected over Hillary Clinton.

Rice quickly shut Guthrie’s conspiracy theory down, saying, “I don’t think there’s any evidence of that.”

Continuing her thought, Rice said, “I think that really does devalue the people in Wisconsin and Michigan and others who decided to vote for President Trump.”

Watch the clip of Rice’s response.

Condi’s response to whether Russia elected Donald Trump is absolutely worth a listen.
pic.twitter.com/Uwzieb8M7X

The feedback on how Rice handled the question was overwhelmingly positive.

Put her in her place

The most biased interviewer on morning television.

When I listen to people like Condoleezza Rice, my heart rejoices with hope that there are still people like her who represent the beautiful authentic American spirit. God bless the USA.

Clearly, the anti-Trump media is in denial over the fact Donald J. Trump is president because voters put him in the White House, not Russian operatives.

Given the outcome of Special Counsel Robert Mueller’s investigation did not find Trump or his campaign colluded with Russia to affect the 2016 presidential election, the anti-Trump media continues to parrot the lie which is a disservice to the country.