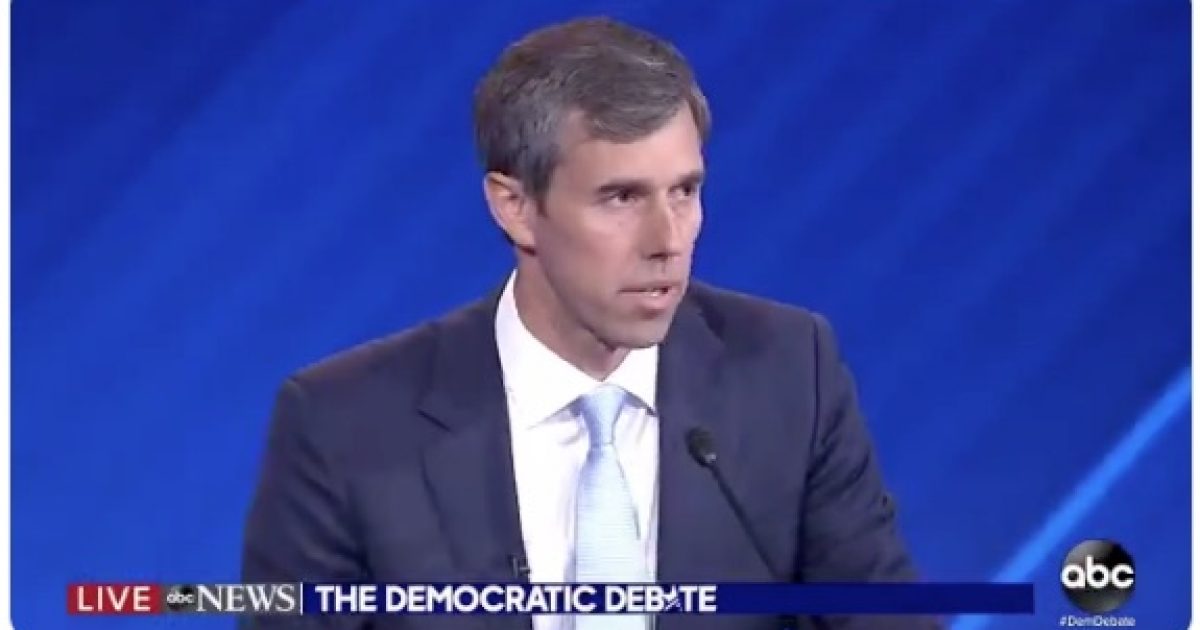 Responding to a question about O’Rourke’s plan during a CNN interview, Coons said, “And I, frankly, think that that clip will be played for years at rallies with organizations that try to scare people by saying, ‘Democrats are coming for your guns.'”

Buttigieg responded, “yes” to a question from anchor Jake Tapper about whether O’Rourke’s comments about gun confiscation will benefit Republicans.

Meanwhile, gun control is also being pushed by big business.

The letter references recent mass shootings and goes on to say, “Doing nothing about America’s gun violence crisis is simply unacceptable and it is time to stand with the American public on gun safety.”

Political momentum is building for gun control and against the National Rifle Association (NRA).

The City of San Francisco declared the NRA is a domestic terrorist group.

The NRA called the action by San Francisco, “reckless.”

There are real victims of terrorism – ask those who lost someone in 9/11. @NRA is the fabric of American society. We are teachers, doctors, cops, and everyone who fights for America's freedoms. San Fran should be ashamed.@NRA members: Show them who you are!

In addition, Rasmussen Reports found almost 30 percent of Democrats feel joining the NRA should be considered an illegal act.

Rasmussen Reports concluded, “But a sizable number of Democrats views it as a terrorist group and believes it should be against the law for Americans to belong to pro-gun rights organizations like the NRA.”

While Democrats feel O’Rourke went too far, there is momentum building among Democrats for gun control including violating the right to assemble by banning the NRA.