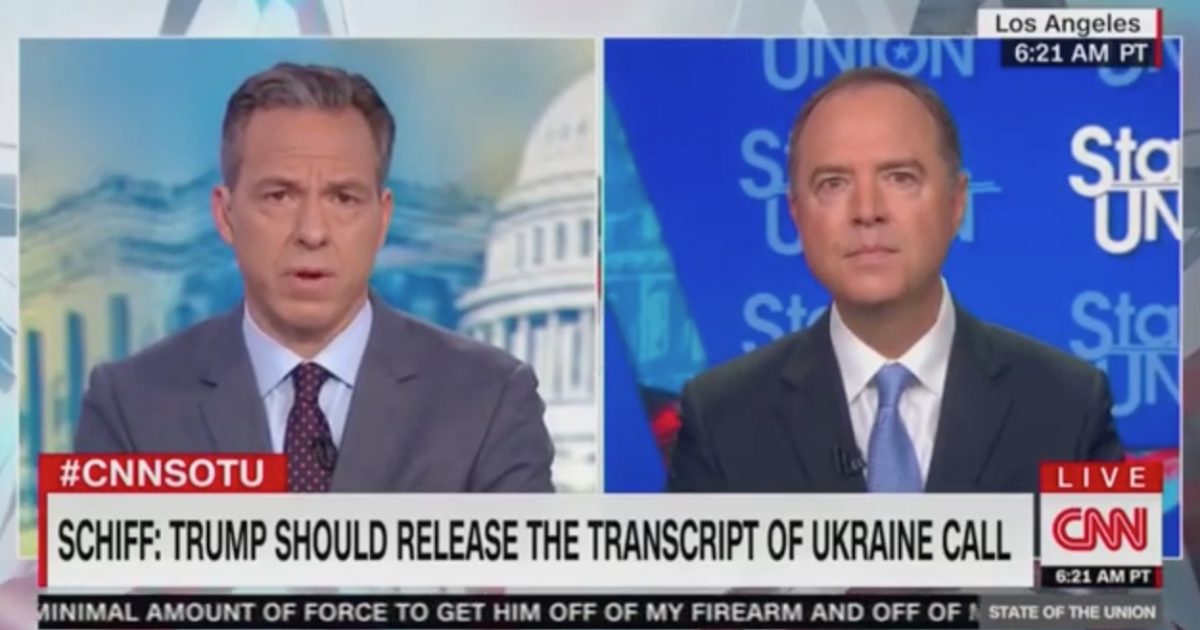 Democrats are incensed over a whistleblower complaint alleging a “promise” made by President Trump to a foreign national leader in a phone conversation, prompting calls for President Trump’s impeachment.

Over the weekend, House Democrats expressed their concerns of the administration’s actions in blocking acting Director of National Intelligence Joseph Maguire “from turning over a whistleblower complaint.”

Democrats are claiming President Trump pressured Ukraine’s president to conduct an investigation of a political rival.

At this point, the bigger national scandal isn’t the president’s lawbreaking behavior – it is the Democratic Party’s refusal to impeach him for it.

However, Pelosi seems to have a slight change of heart following the news of the whistleblower complaint and the administration’s actions, warning it’s “a grave new chapter of lawlessness which will take us into a whole new stage of investigation.”

Pelosi Tweeted a statement about the matter and asked the question, “What is the President hiding?”

The Trump Admin is clearly violating federal statute by blocking the head of US Intelligence from providing Congress with a whistleblower complaint described as being of "urgent concern & credible.” The stonewalling must end. What is the President hiding? https://t.co/Yg0LqT5HMd

Over the weekend, Schiff appeared on CNN’s “State of the Union,” with host Jake Tapper, and told the host impeachment might be the “only remedy.”

Presidential candidate Robert Beto O’Rourke is also frustrated about the “lack of progress” regarding impeaching the president.

Beto O'Rourke: "There is no way to defend the lack of progress on impeachment, especially after what we have just learned about this president." pic.twitter.com/23rJ1FEvLk

Just like the Trump-Russia collusion narrative, Democrats will continue to do and say anything to harm and tarnish President Trump.