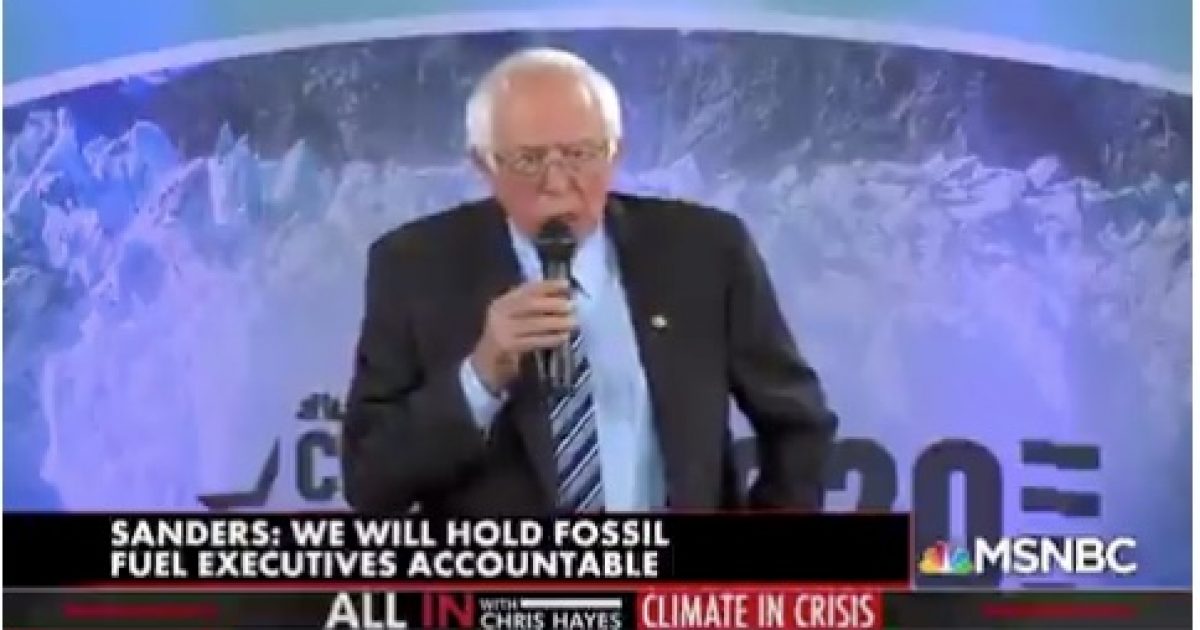 MSNBC hosted a two-day forum on climate change for the Democrat 2020 candidates at Georgetown University.

The two-day program, “All In With Chris Hayes: Climate in Crisis,” gave participating Democrat candidates an opportunity to discuss their ideas and plans to address climate change.

Tonight on @allinwithchris: @chrislhayes has a special show on climate change at 8 p.m. ET. #ClimateInCrisis pic.twitter.com/meTPq3sl7p

Top Democrat candidates including former Vice President Joe Biden and Massachusetts Senator Elizabeth Warren among others did not participate in the MSNBC climate change forum.

During the program, Democrat candidates called for aggressive action to combat climate change.

Andrew Yang: “clear” goal of climate plan is to make it so we don’t “own our own cars.” pic.twitter.com/XbCT80yYgU

Vermont Democrat Senator Bernie Sanders wants to end the use of fossil fuels and would retrain workers who lost their jobs.

WATCH: @BernieSanders on his plan to give workers in the fossil fuel industries a “just transition:” “What we're saying to those workers is we don't hold you responsible. But we have got to move away from fossil fuels.” #inners pic.twitter.com/GU28Sfunhu

We need to speak truth to power.

We need to believe scientists.

The MSNBC program, like the CNN climate change town hall, did not score well in ratings on the first night.

By promoting these Green New Deal policies Democrats will dictate how we live – from what we eat and how we travel and tell us what jobs we can work.

Climate change is just an excuse for Democrats to control our lives.