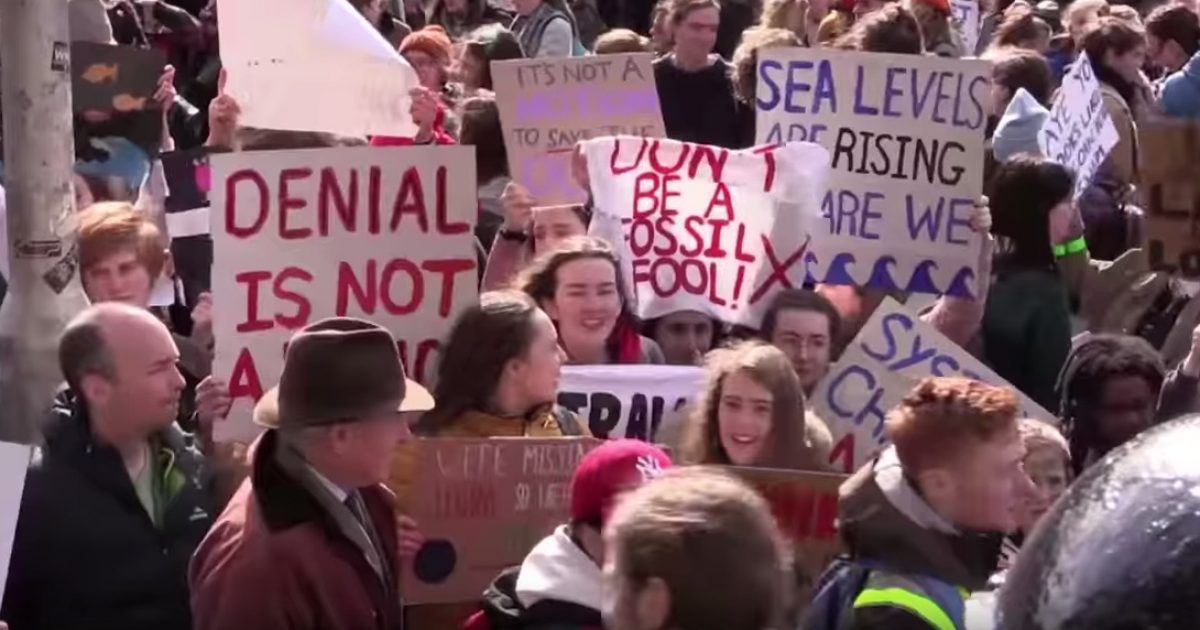 New York City students will be allowed to cut class to participate in an upcoming climate change protest in Manhattan.

The worldwide climate change protest is scheduled for September 20th, where young activists will participate to demand action.

This global event is the precursor to the United Nations Climate Action Summit starting on September 23rd at the New York City headquarters.

The New York City Department of Education took to Twitter to promote the young activists’ event and excuse the absences of students in advance so they can participate in the climate change strike.

.@NYCschools will excuse absences of students participating in the #ClimateStrike on Friday 9/20. Students will need parental consent. Younger students can only leave school with a parent. https://t.co/hcBO1Cnb3m

This day of action by New York City students is also promoted by Democrat 2020 presidential candidate Mayor Bill de Blasio, a staunch climate alarmist, who Tweeted his support for the student protest.

Young people are taking action against Climate Change in record numbers. You know why?

We are running out of time. Our kids aren’t waiting. We can’t either. #ClimateStrikehttps://t.co/5H1byJqt6Q

Mayor de Blasio also Tweeted parents will be provided details of the event and touted his views about this hot button political topic, saying, “We have ten years to save the planet.”

.@NYCSchools will be sharing guidance with parents, educators and students on how students will be able to participate in next Friday’s events in the next few days. #ClimateStrike https://t.co/ALkuMyPJa1

The New York Post editorial board blasted the idea of students skipping school to participate in a climate change protest calling it “indoctrination.”

All this is out-and-out government sponsorship of a particular point of view — not just that human activity contributes significantly to climate changes, but that this is an extinction-level threat that justifies specific radical action. And the indoctrination is relentless.

Students are in school to learn, not to be social justice advocates for political issues, especially if it means skipping classes.