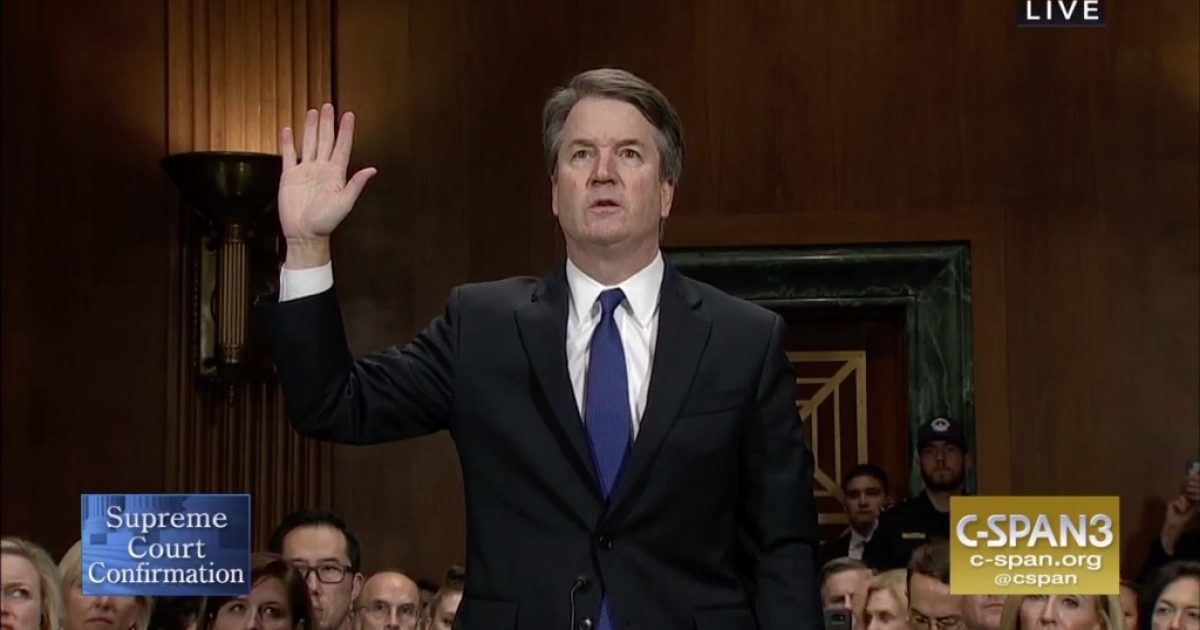 Over the weekend, The New York Times published a story of alleged sexual misconduct by Supreme Court Justice Brett Kavanaugh.

The New York Times reported an unnamed woman was allegedly sexually harassed during college when Kavanaugh exposed himself according to his classmate Max Stier.

After much media hype over the sexual misconduct allegations, the Times editor issued a correction today at the bottom of the original piece.

Not only did the unnamed woman cited in the alleged sexual misconduct incident not speak with The New York Times but her friends say she does not recall this incident occurred.

President Trump defended Kavanaugh when the allegations surfaced, saying he should sue for libel.

Brett Kavanaugh should start suing people for libel, or the Justice Department should come to his rescue. The lies being told about him are unbelievable. False Accusations without recrimination. When does it stop? They are trying to influence his opinions. Can’t let that happen!

Just Out: “Kavanaugh accuser doesn’t recall incident.” @foxandfriends DO YOU BELIEVE WHAT THESE HORRIBLE PEOPLE WILL DO OR SAY. They are looking to destroy, and influence his opinions – but played the game badly. They should be sued!

Immediately following the release of the Kavanaugh hit piece, nearly all of the Democrat presidential candidates referenced the story and demanded the impeachment of Kavanaugh.

Last year the Kavanaugh nomination was rammed through the Senate without a thorough examination of the allegations against him. Confirmation is not exoneration, and these newest revelations are disturbing. Like the man who appointed him, Kavanaugh should be impeached.

I sat through those hearings. Brett Kavanaugh lied to the U.S. Senate and most importantly to the American people. He was put on the Court through a sham process and his place on the Court is an insult to the pursuit of truth and justice.

He must be impeached.

It’s more clear than ever that Brett Kavanaugh lied under oath. He should be impeached.

And Congress should review the failure of the Department of Justice to properly investigate the matter. https://t.co/Yg1eh0CkNl

The anti-Trump media and Democrat presidential candidates continue to attack, smear and discredit anyone associated with President Trump and unfortunately, no one is held accountable for their shameful actions.