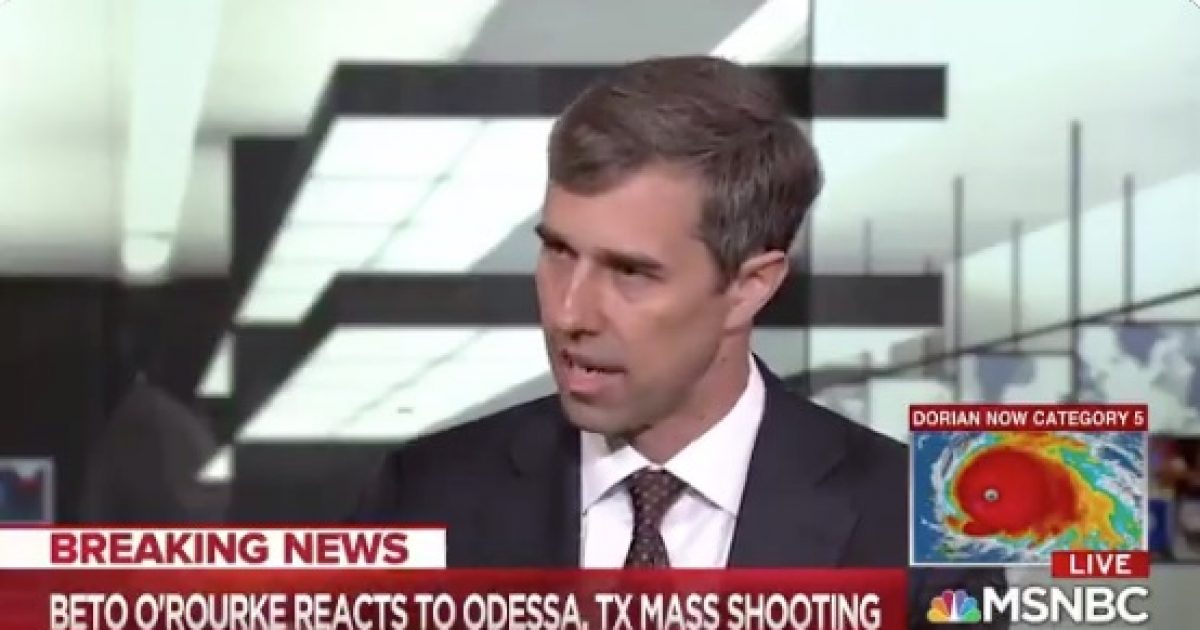 Former Democrat Texas congressman and 2020 presidential candidate Robert O’Rourke vows if he’s elected president there would be a mandatory buyback of assault weapons.

Over the weekend, O’Rourke made a campaign stop in Charlottesville, Virginia, and was asked about the West Texas mass shooting, where a 36-year-old gunman killed seven people and injured 23 others.

O’Rourke said owners of AR-15s and AK-47s “will have to sell them to the government.”

A reporter asked Beto in Charlottesville how he’d reassure people afraid the gov’t would take their assault weapons away.

“I want to be really clear that that’s exactly what we are going to do,” he said. If you own an AK-47 or AR-15, “you’ll have to sell them to the government.”

Profanity is not the f-bomb. What is profane is a 17 month-old baby being shot in the face. pic.twitter.com/mUuK12Rxbp

It’s clear the Second Amendment means nothing to O’Rourke.

Gun control is a central part of O’Rourke’s presidential campaign platform and his gun-grabbing agenda is an infringement upon our Second Amendment rights.