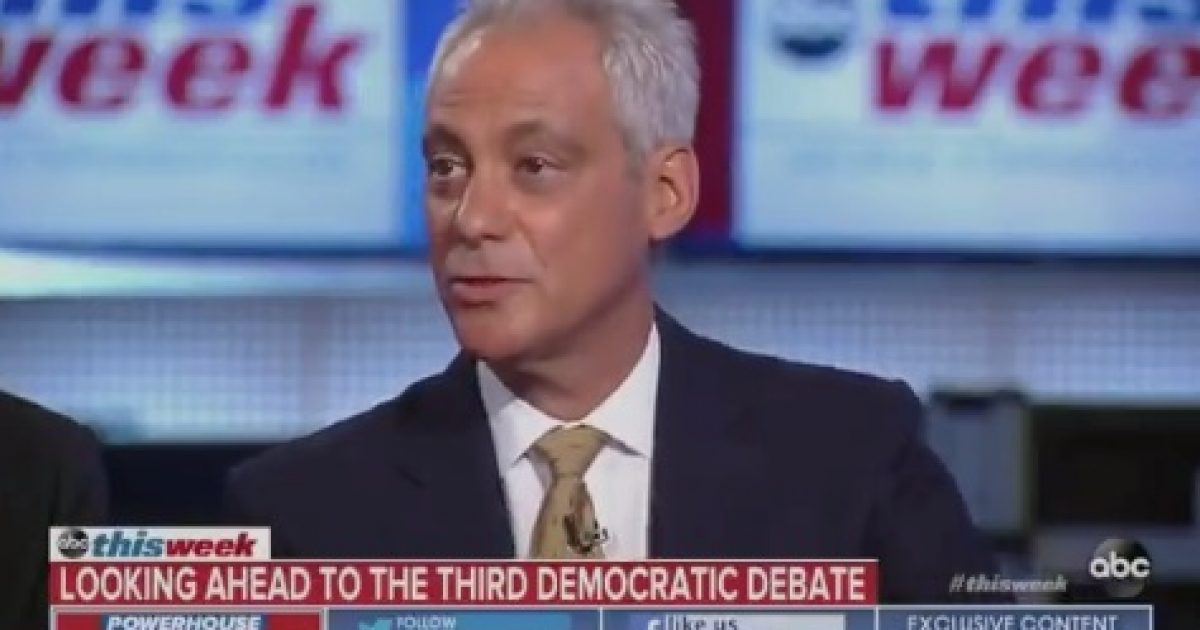 While 2020 presidential candidates are pushing for Medicare for All and free health care for illegal migrants as part of their platforms, not all Democrats agree with the candidates’ socialist policies.

Former Chicago Mayor Rahm Emanuel disagrees with the candidates and their far-left views on health care for Americans and for illegal migrants.

Emanuel appeared on ABC’s “This Week” on Sunday, calling the Democrat candidates stance on health care and illegal migrants “an untenable position for the general election,” and said, “This is reckless.”

"Medicare for All which is…going to eliminate 150 million people’s health care and provide health care for people that just come over the border. That’s an untenable position for the general election.” –@RahmEmanuelpic.twitter.com/WTgicw5mOA

In addition to Medicare for All and supporting illegal migrants, Democrat candidates are also pushing radical environmental policies.

Joe Biden says "We've got to shut down" all coal-fueled power plants, which provided 27% of all electricity in the United States last year.

Joe Biden: "We can take millions of vehicles off the road if we have high-speed rail" #ClimateTownHall https://t.co/wUvXtmyuus pic.twitter.com/cWF9VIbxp0

From a command and control energy policy like the Green New Deal to Medicare for All and health care for illegal migrants, far-left Democrats are advocating for policies that would harm our economy and our everyday way of life.