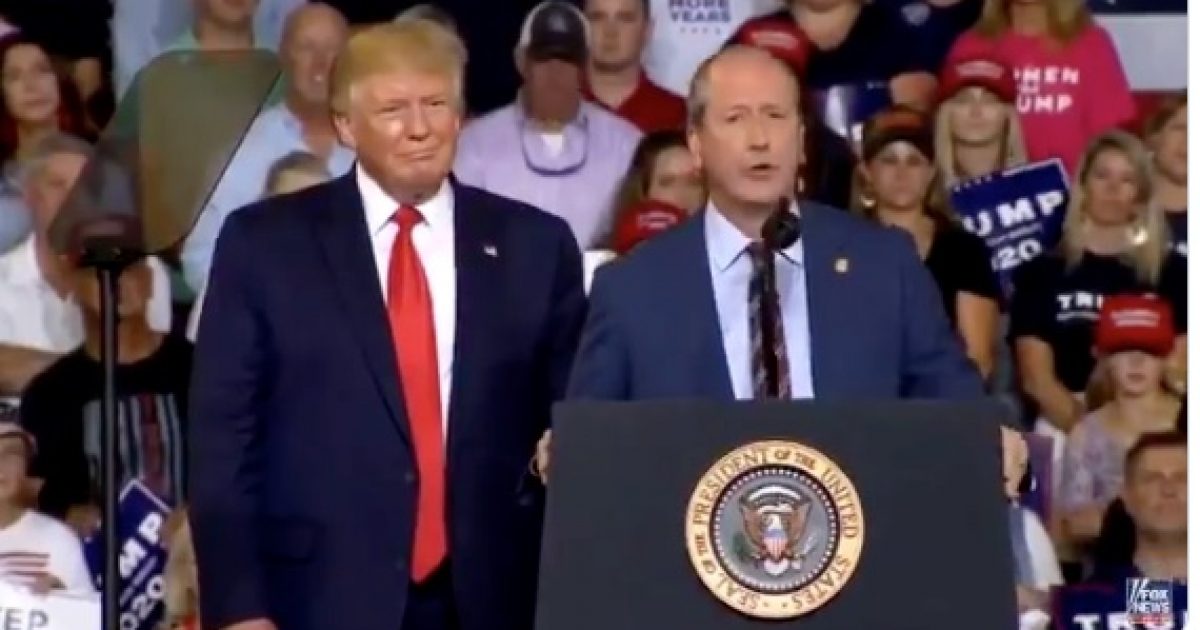 The Bishop race was closely watched since it was considered to be an indicator for the upcoming 2020 elections especially since the district includes a suburban area and was represented by Republicans for decades.

The Democrat McCready had an advantage because he ran in the 2018 race which he lost but the result was negated by the North Carolina Board of Elections.

Bishop was a first-time Congressional candidate and he had to win a primary race to face McCready.

The contest was considered very tight but Bishop’s victory was helped by a President Trump rally the night before the election in Fayetteville – a fact the media acknowledged.

Dan Bishop was down 17 points 3 weeks ago. He then asked me for help, we changed his strategy together, and he ran a great race. Big Rally last night. Now it looks like he is going to win. @CNN & @MSNBC are moving their big studio equipment and talent out. Stay tuned!

The victories show President Trump is popular in North Carolina, an important state in the upcoming 2020 presidential election.