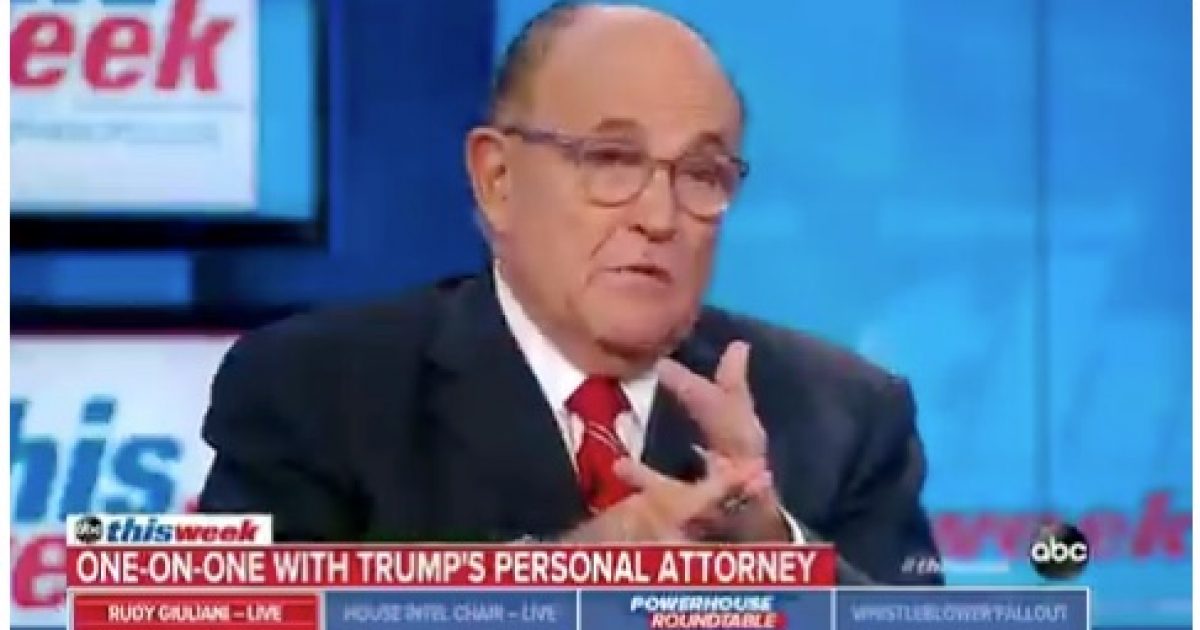 Possible impeachment of President Trump, based on the whistleblower charge regarding the president’s phone call with the president of Ukraine, dominated the Sunday morning talk shows.

On “This Week,” Giuliani provides evidence the Ukraine prosecutor was investigating Hunter Biden before he was fired because of former Vice President Joe Biden’s threat.

“This is about proving that Donald Trump was framed by the Democrats.” @RudyGiuliani pic.twitter.com/GIadp3b0n3

The Biden campaign is upset about Giuliani’s presence in the media and urged networks not to book the former mayor of New York City.

The New York Times obtained a copy of the letter from the Biden campaign. 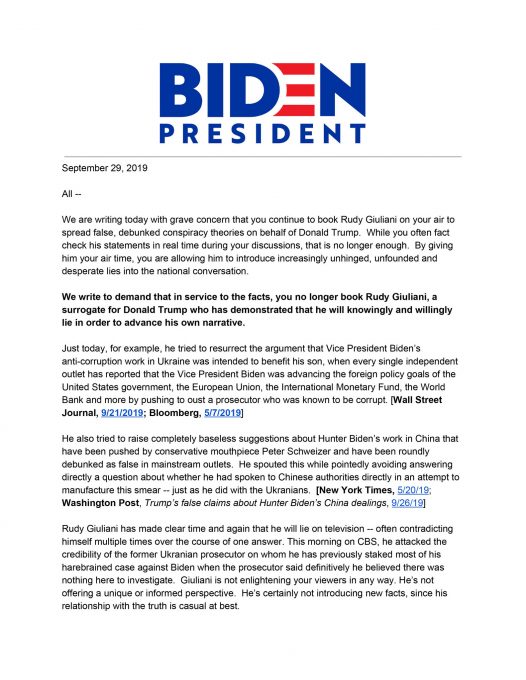 Graham also defended the president on “Face The Nation.”

“We’re not going to try the president of the United States on hearsay,” @LindseyGrahamSC tells @margbrennan of impeaching @realDonaldTrump. pic.twitter.com/eZvLm7Myl9

Democrats are desperately pushing impeachment in an effort to gain a political advantage for the 2020 presidential race.

Efforts such as trying to silence critics like Giuliani will backfire.