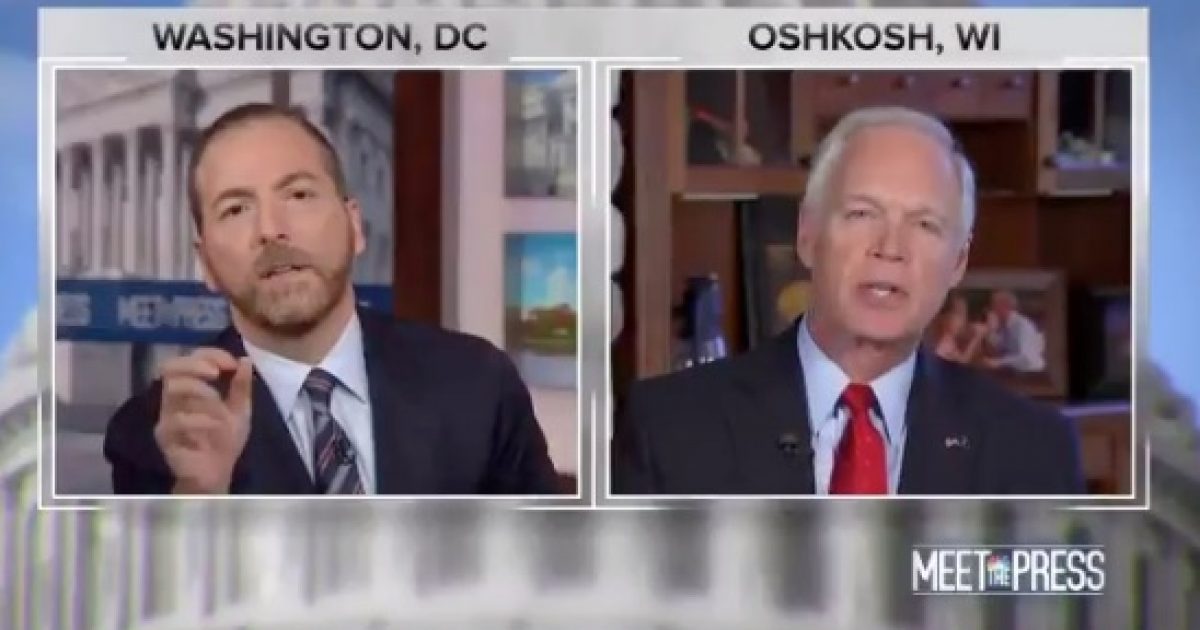 Chuck Todd, host of NBC’s “Meet the Press,” was in full meltdown mode Sunday during an interview with Senator Ron Johnson (R-WI).

Todd launched the discussion by asking Senator Johnson about Ukraine and military aid and the senator called Todd’s question “a setup piece.”

Johnson expressed his concerns of “sabotage” and “a false accusation” with the Trump administration and “accused former members of the FBI and CIA of conspiring to frame President Trump.”

“Meet the Press” Tweeted about the interview.

WATCH: In an exclusive interview with Meet the Press, @SenRonJohnson (R-Wis.) turns questions about President Trump’s conversation with the Ukrainian president into unfounded attacks on Democrats. #MTP #ifitsSunday https://t.co/dhhhXcGV7d pic.twitter.com/oIcLPZX5B2

Sleepy Eyes Chuck Todd of “Meet the Press” had a total meltdown in his interview with highly reaspected Senator @RonJohnsonWI. Seems that a not very bright Chuck just wasn’t getting the answers he was looking for in order to make me look as bad as possible. I did NOTHING wrong!

Others criticized Todd and the media.

The @chucktodd meltdown is instructional. It is clearly very frustrating for those in the media who are pushing impeachment (after the Russia hoax they pushed for years) that those outside of their bubble are not falling for this latest attempt to undo the 2016 election.

Todd is an example of how the anti-Trump media continues its agenda-driven reporting on President Trump and continues to mislead Americans.