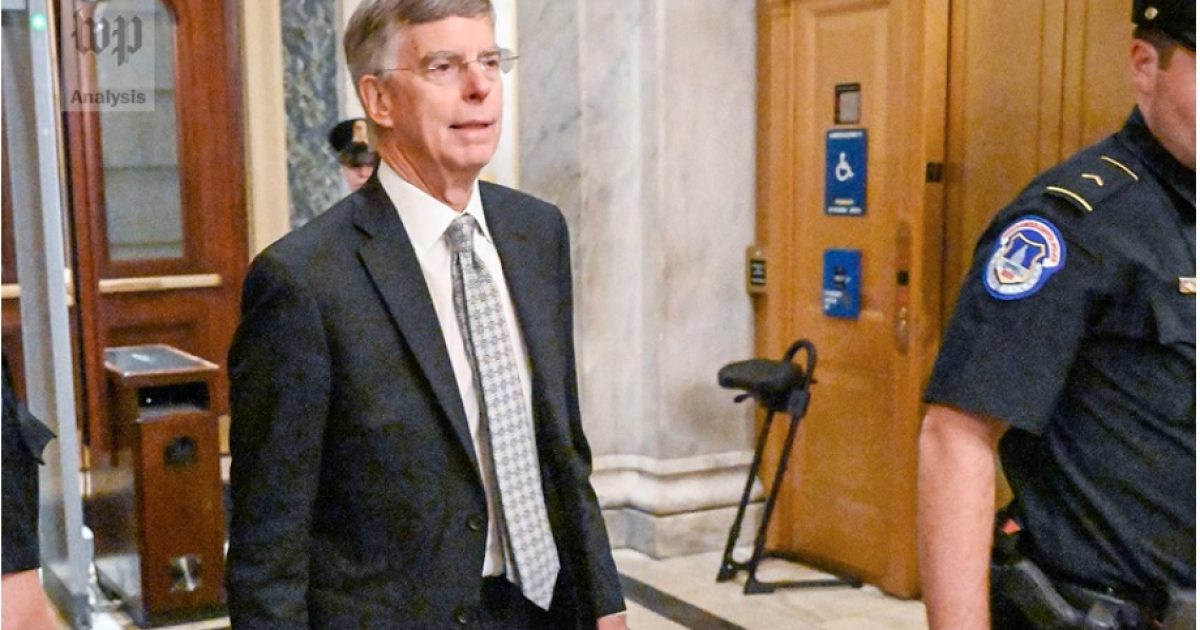 Bill Taylor, the top U.S. diplomat in Ukraine, testified before Congress yesterday and his fifteen-page testimony was made available to the media.

Taylor said Ukraine was pressured to investigate possible Ukrainian involvement in the 2016 election and Burisma Holdings, the natural gas company that selected then-Vice President Joe Biden’s son Hunter to be on its board of directors.

According to Taylor, he was told President Trump intended to withhold U.S. military aid until Ukraine committed to initiating the investigations.

Taylor said the effort to get Ukraine to do the investigations was from “irregular, informal channel of U.S. policy-making,” which included Energy Secretary Rick Perry, then-special envoy Kurt Volker, U.S. Ambassador to the E.U. Gordon Sondland and Rudy Giuliani.

In addition to normal policy-making, "there was an irregular, informal channel of U.S. policy-making with respect to Ukraine," that included Volker, Sondland, Perry and Giuliani. By August 'the channels diverged in their objectives."

Republicans noted Taylor’s testimony was not based on first-hand information and it did not provide evidence of a quid pro quo because Ukraine was not aware the military aid was being held back.

To: Republican colleagues
From: Everyone else
Date: Today
Re: Constitutional duties

After diplomat Taylor’s testimony you can no longer question whether this happened. The question is if you choose to follow the law or be part of the cover-up.

We look forward to a response.

Senator Lindsey Graham (R-SC) announced he is going to introduce a resolution in the Senate to condemn the Democrats’ House of Representatives impeachment process.

Democrats are using Taylor’s testimony in a desperate attempt to find support to impeach President Trump.