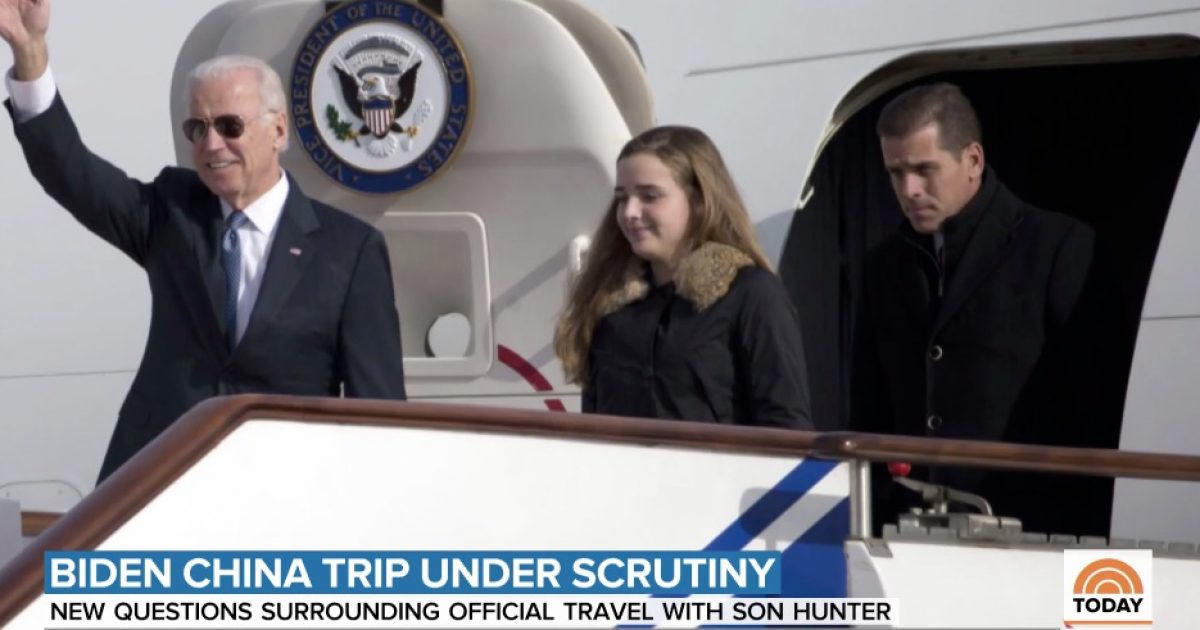 Over the weekend, Hunter spoke out for the first time regarding questions surrounding his foreign business affairs and announced he is leaving the board of a private equity company that received a significant investment from China.

Hunter’s lawyer released a statement about his decision to exit from the investment company and he also promised not to work for a foreign company if his father was elected president.

SCOOP: Hunter Biden has stepped down from a Chinese board after Trump accused him of unsubstantiated corruption pic.twitter.com/IWXmXOpZlP

In an announcement from Hunter Biden’s lawyer, former Vice President Joe Biden’s son announces that he will step down from his overseas corporate board positions and abide by any regulations his father’s administration puts in place.https://t.co/w1DgnXLolm pic.twitter.com/cckM3gZW4B

2/“… What I’m not gonna let you all do is take the focus off the problem. No one – no one- has asserted my son did a single thing wrong. No one has asserted that I have done anything wrong except the lying President.”

Biden also called for the impeachment of President Trump over the weekend, saying, “I’m the reason there is impeachment going on.”

Donald Trump is a threat to our democracy. He must be impeached.

Former Vice President Joe Biden said that even though he was the last top-tier Democratic candidate to call for President Trump's impeachment, "I'm the reason there is impeachment going on." https://t.co/O8RL5D44Hq

Prior to Hunter’s statement, President Trump called him out in a Tweet asking, “Where is Hunter Biden?” and questioned where are the media reports questioning Hunter’s foreign business affairs.

Where is Hunter Biden? He has disappeared while the Fake News protects his Crooked daddy! https://t.co/Gtwn0nxOTt

President Trump continued to criticize Hunter after the release of his statement.

Where’s Hunter? He has totally disappeared! Now looks like he has raided and scammed even more countries! Media is AWOL.

Questions surrounding Hunter’s foreign business deals will not go away and it has the Biden campaign doing damage control.

The Biden campaign was slow to react and now they are paying the price for not promptly acting to address the issue.