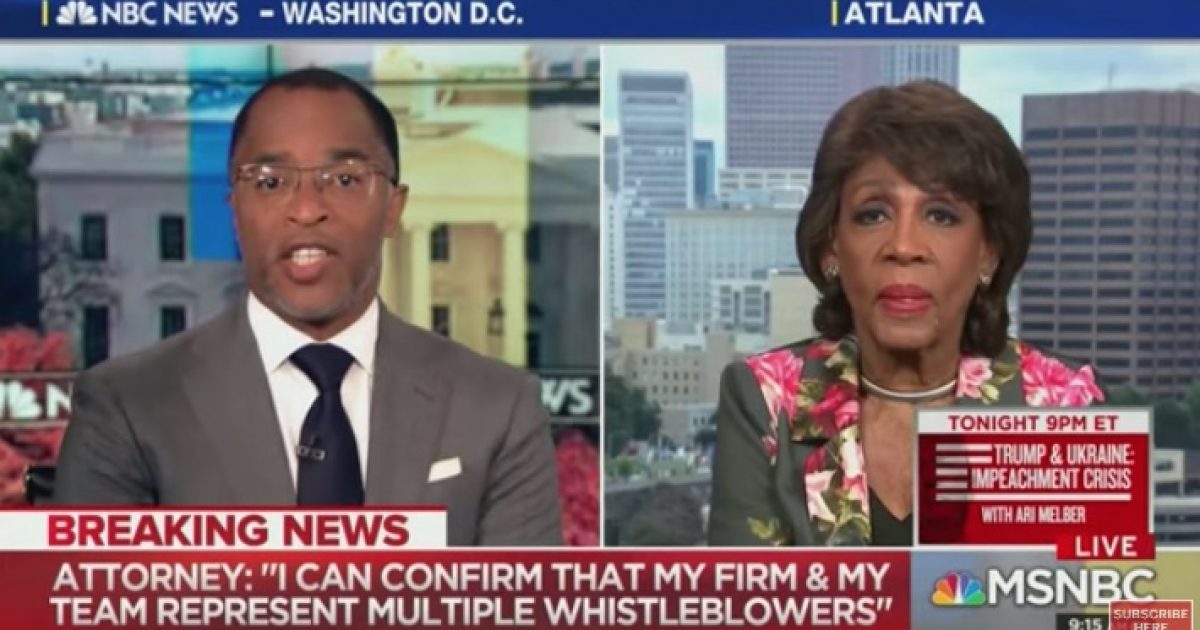 Representative Maxine Waters (D-CA) is out front and center pushing for the impeachment of President Trump and is calling out Republican Senators for not getting on board.

Over the weekend, Waters appeared on MSNBC’s “AM Joy.”

Waters, the Financial Services Committee chairwoman, was highly critical of Republican senators for not standing up to President Trump over Ukraine, saying, she’s “disgusted” with them calling them “spineless” and “not patriotic.”

Last week, Waters issued a series of Tweets, saying, “Impeachment is not good enough for Trump” and that he should “be imprisoned & placed in solitary confinement.”

I'm calling on the GOP to stop Trump's filthy talk of whistleblowers being spies & using mob language implying they should be killed. Impeachment is not good enough for Trump. He needs to be imprisoned & placed in solitary confinement. But for now, impeachment is the imperative.

Trump has corrupted so many members of his admin. The lies, coverups, shaking down foreign countries & undermining our democracy will be recorded as one of the worst periods in the history of our country, all led by a dishonorable con man. Follow the facts, impeachment on the way

Waters staunchly defended her Tweet over her calls for imprisonment and solitary confinement for President Trump.

Democratic Rep. Maxine Waters defends her tweet saying President Trump should be imprisoned and “placed in solitary confinement,” noting that the focus should be on the President's language. https://t.co/Pls6ei19IW pic.twitter.com/g8jEYvK5st

Since the election of President Trump, Waters continues to double down on impeachment efforts.