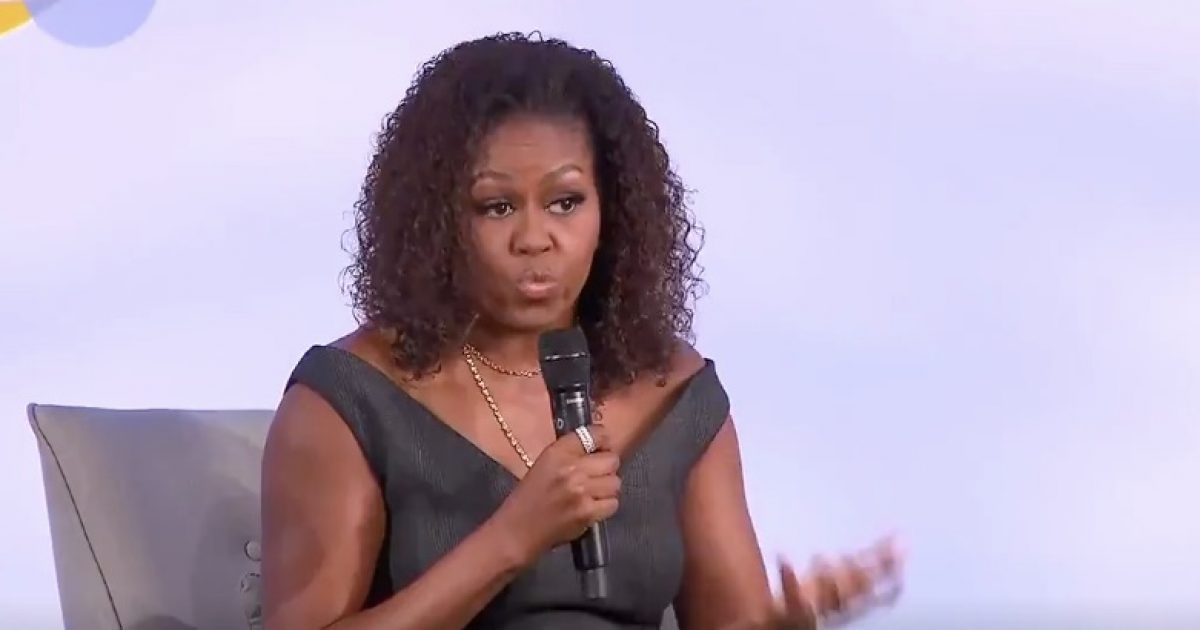 Michelle spoke at the Obama Foundation Summit in Chicago along side her brother Craig Robinson and gave her thoughts about race in America, even going back to the days of growing up in Chicago.

Michelle Obama says she “can’t make people not afraid of black people,” but can “pick away at the scabs of discrimination” through her life’s work.

.@MichelleObama: "I can't make people not afraid of black people. I don't know what's going on, I can't explain what's happening in your head — but maybe if I show up every day as a human, a good human… maybe that work will pick away at the scabs of your discrimination." pic.twitter.com/gqvCfURJlj

Commenting about her youth, Michelle spoke of “white flight” and said white people “were running from us” when her family moved to Chicago.

“I want to remind white folks that y’all were running from us … This family, with all the values that you read about, you were running from us. And you’re still running because we’re no different than the immigrant families that are moving in,” she continued.

Michelle didn’t restrict her comments to the past but also to the present.

Considering the overwhelming white voter support former President Obama received for two terms and the fact the Obamas are millionaires, one would think she would carry a positive message about race and how far the country has come.

Both Obamas are examples proving America’s exceptionalism but they refuse to acknowledge that fact.

Unfortunately, Michelle is a bitter person who always carries a racial chip on her shoulder.