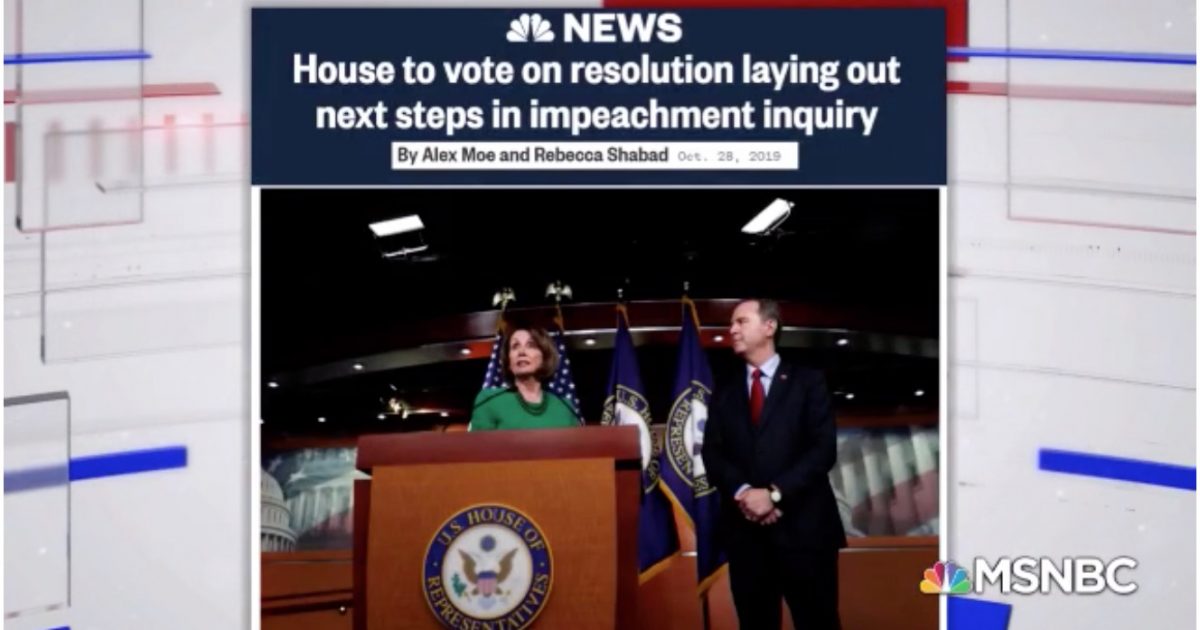 Pelosi initially didn’t feel a full House vote was necessary but after significant criticism from Republicans about circumventing prior impeachment precedent, she reversed course.

According to Democrats, the basis for the impeachment inquiry is that President Trump violated his oath of office and put at risk the nation’s national security by asking the president of Ukraine to investigate former Vice President Joe Biden, a possible political rival in the 2020 presidential race, and to investigate his son Hunter.

The House of Representatives Republican Leader Kevin McCarthy responded to Pelosi’s decision to hold a vote on an impeachment inquiry.

Today’s backtracking is an admission that this process has been botched from the start.

We will not legitimize the Schiff/Pelosi sham impeachment.

The draft grants power to the Democrat-run House Intelligence Committee to conduct open hearings and it also allows Republicans on the committee to issue subpoenas.

Democrats issued a fact sheet on the draft resolution.

By holding a vote, Pelosi is forcing Democrat Representatives to take a position on President Trump’s impeachment and that could backfire on them in the 2020 elections.

This is especially true for freshmen Democrats that won in districts President Trump won.