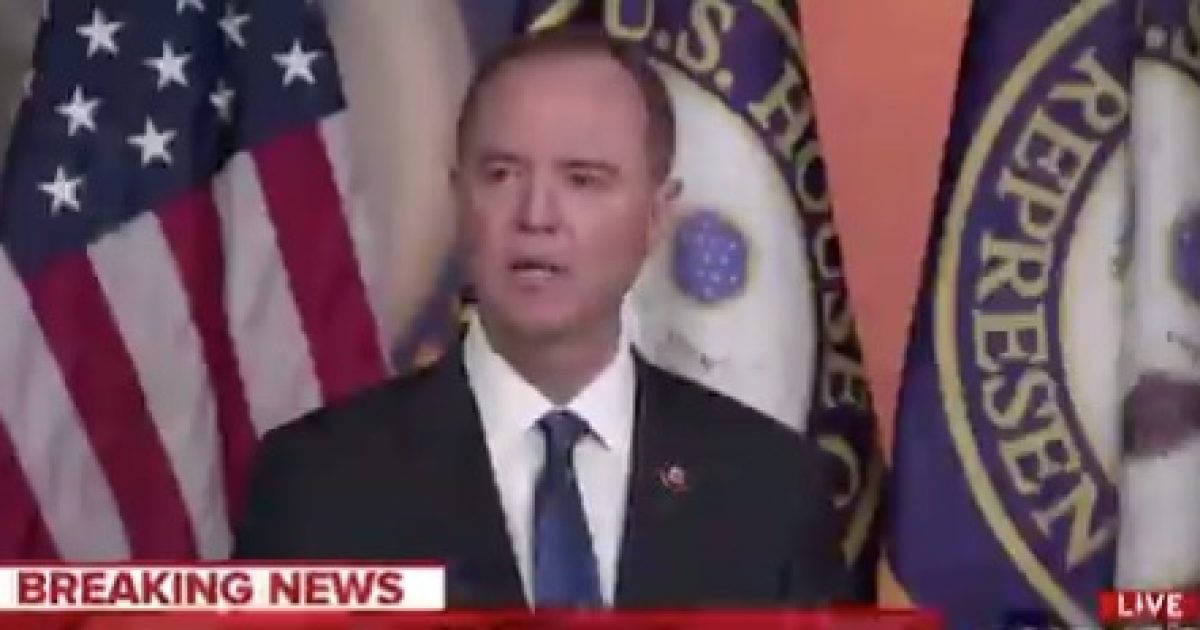 In a bombshell news story, The New York Times reported House Intelligence Committee Chairman Representative Adam Schiff (D-CA) was aware of the whistleblower’s concern about President Trump’s phone call with the president of Ukraine before the individual made a formal whistleblower complaint.

According to the story, the whistleblower who is a CIA officer, reached out to staffer at the House Intelligence Committee seeking help regarding their concern and they were encouraged to get a lawyer and contact the inspector general. The story notes Schiff was briefed on the matter by the committee aide.

Prior to the Times story, Schiff said on MSNBC, “we have not spoken directly with the whistleblower.”

It's hard to imagine a scenario more concerning to our Founders than this:

A president using the power of his office to press a foreign leader for dirt on a political opponent.

But we have a system of checks and balances. And we will hold this President accountable. pic.twitter.com/mPihdEPtUz

WATCH: @RepAdamSchiff makes a statement on the fight for impeachment:

"Any effort by the secretary, by the president or anyone else to interfere… will be considered as evidence of obstruction.

"We're not fooling around here" pic.twitter.com/qGMmaQD9p9

The president also criticized former Vice President Joe Biden and his son Hunter for their actions in Ukraine.

WATCH: Reuters White House Correspondent Jeff Mason presses President Trump for an answer about the Ukraine call, as the president pushes Mason to question the Finnish president instead. pic.twitter.com/hj0evHxQyv

Schiff was also a leading proponent of the Trump-Russia collusion effort by Democrats where he insisted there was evidence of collusion.

Democrat @RepAdamSchiff : “You can see evidence in plain sight on the issue of collusion, pretty compelling evidence. Now, there’s a difference between seeing evidence of collusion and being able to prove a criminal conspiracy beyond a reasonable doubt.” #CNNSOTU pic.twitter.com/xOocIO31yD

Schiff’s actions repeatedly show he is willing to do and say anything to undermine President Trump.