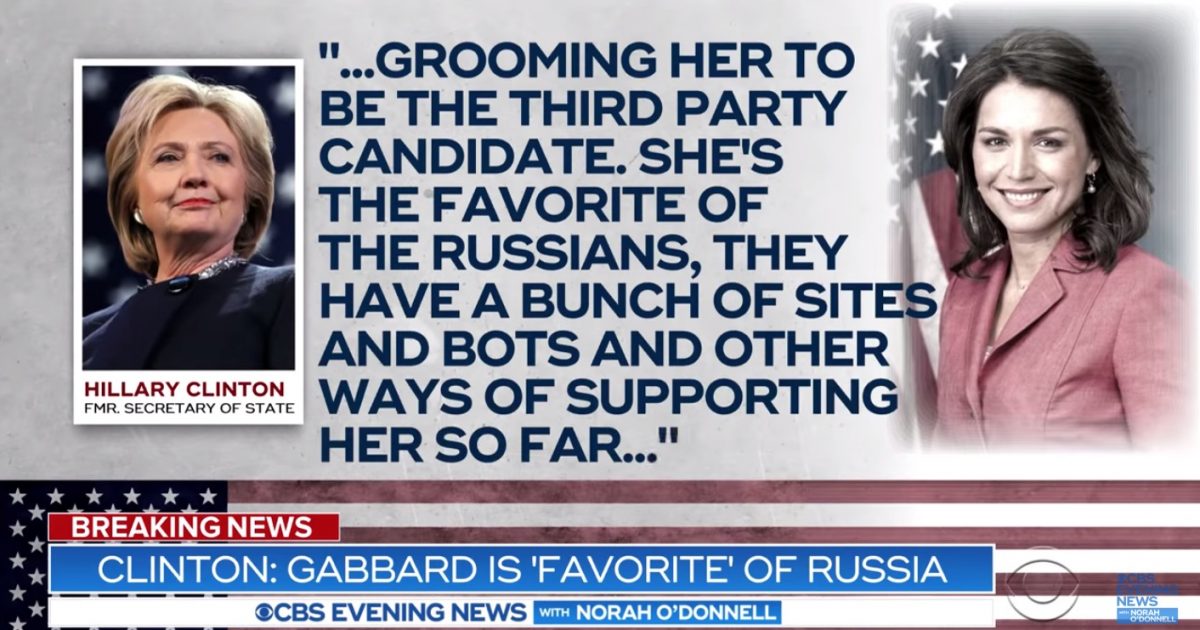 Hawaii Democrat Representative and 2020 presidential candidate Tulsi Gabbard responded to Hillary Clinton’s claim about her that “She’s the favorite of the Russians.”

Clinton elaborated that she thinks “… [the Kremlin] have got their eye on somebody who is currently in the Democratic primary and are grooming her to be the third-party candidate.”

Representative Gabbard fired back at Clinton.

Great! Thank you @HillaryClinton. You, the queen of warmongers, embodiment of corruption, and personification of the rot that has sickened the Democratic Party for so long, have finally come out from behind the curtain. From the day I announced my candidacy, there has been a …

Clinton made the remarks on David Plouffe’s podcast.

Clinton did not call out Gabbard by name but the Hawaii representative has been accused of having ties to Russia.

Clinton’s needless attack on Gabbard shows she is obsessed with Russia which she claims is the reason why she lost the presidential election to Donald Trump.