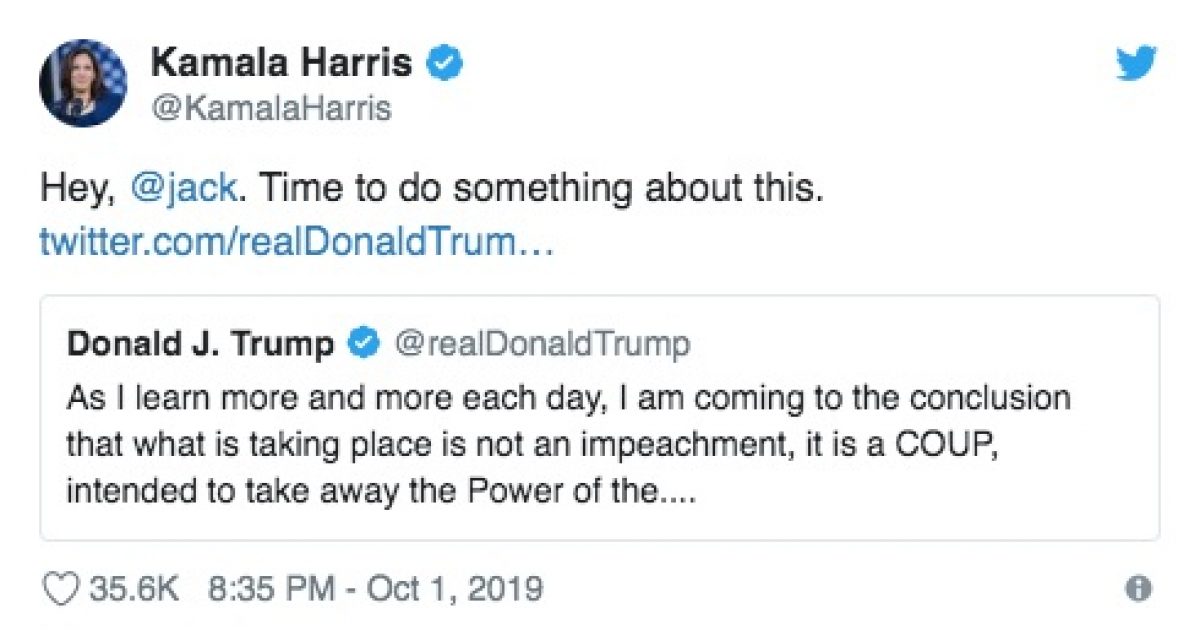 Harris recently complained about Tweets from President Trump over Democrats calling for his impeachment.

President Trump Tweeted the Democrats impeachment inquiry “is a coup.”

….People, their VOTE, their Freedoms, their Second Amendment, Religion, Military, Border Wall, and their God-given rights as a Citizen of The United States of America!

During her appearance on CNN, Harris called President Trump “irresponsible” and added, “his Twitter account should be suspended.”

The words of a president matter. Trump has again shown he is irresponsible and endangering others with his tweets. He should lose the privilege to be on Twitter. pic.twitter.com/t2w8cw3uZW

Hey, @jack. Time to do something about this. https://t.co/es2fJ5PNRV

Harris, who is trailing in the polls, is desperate to get attention – even if it means attacking President Trump’s free speech.