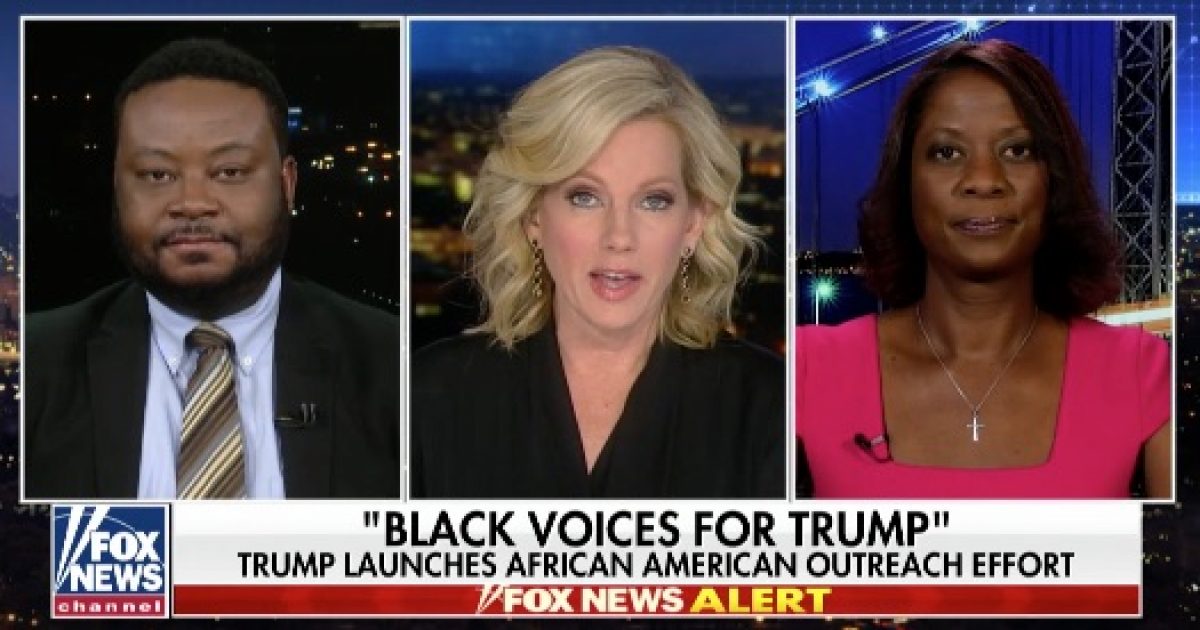 Fox News contributor Deneen Borelli discussed the launch of the Black Voices for Trump Coalition on “Fox at Night,” with host Shannon Bream and attorney Robert Patillo on Fox News.

The Black Voices for Trump Coalition’s goal is to re-elect President Trump by recruiting black activists to communicate the accomplishments of the Trump administration among black voters.

Hundreds of black Americans attended the event held at the Georgia World Congress Center in Atlanta, Georgia on Friday.

During the interview, Deneen highlighted the point that black unemployment is at 5.4 percent and has never dropped below 7 percent.

Trending: Minneapolis Police Department to Residents Confronted by Criminals: ‘Do as they say’

Deneen was also appointed to the Black Voices for Trump Coalition Advisory Board.

.⁦@THEHermanCain⁩ The one and only Mr Cain. Wonderful seeing you in Atlanta #BlackVoicesForTrump #Historic ?? pic.twitter.com/eDIecI2a2n

.@w_terrence Great seeing you in Atlanta keep up the great work my friend! #BlackVoicesForTrump ?? pic.twitter.com/Q5b0NvRfvk

"We have done more for African-Americans in three years than the broken Washington establishment has done in more than 30 years." – @realDonaldTrump #BlackVoicesForTrump pic.twitter.com/gGPM9NlWs6

Here are a few remarks from Vice President Mike Pence, followed by an introduction by Secretary of Housing and Urban Development Dr. Ben Carson and his introduction of President Trump.