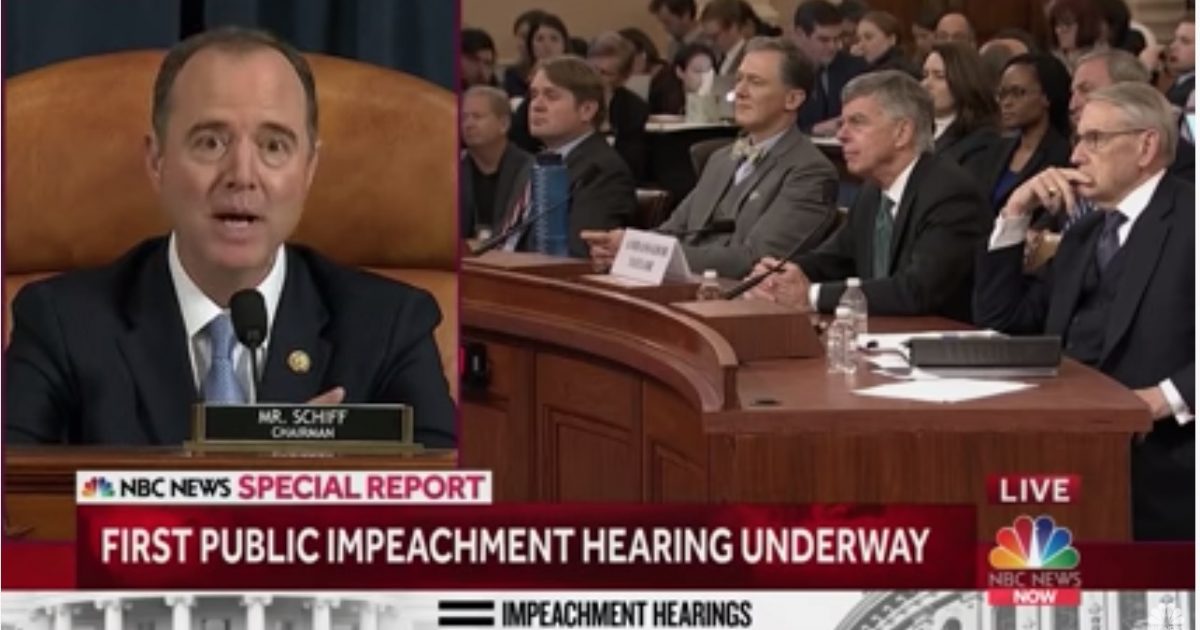 The House Intelligence Committee kicked off its first public impeachment inquiry hearing yesterday and it backfired on the Democrats.

Democrats want to use the testimony to build their impeachment case against President Trump in an attempt to prove the president abused his power by withholding military aid in exchange for Ukraine to investigate former Vice President Joe Biden and his son Hunter.

Representative Jim Jordan (R-OH) exposed the weak nature of Taylor’s testimony regarding a quid pro quo over aid to Ukraine.

Kent acknowledged the Ukrainian natural gas company Burisma Holdings has corruption issues and should be investigated.

Kent: Burisma, which Hunter Biden sat on the board of, should be investigatedhttps://t.co/UXqxSkgUif pic.twitter.com/RNa8WT4vDg

Before the hearing, Schiff put Republicans on notice the hearing will be solely focused on President Trump and Ukraine and not on former Vice President Joe Biden and his son Hunter or on Ukraine’s possible role in interfering in the 2016 election.

In his closing statement, Schiff repeated his claim that he does not know who the whistleblower is.

Just like the Mueller testimony, the first public impeachment inquiry hearing backfired on the Democrats.