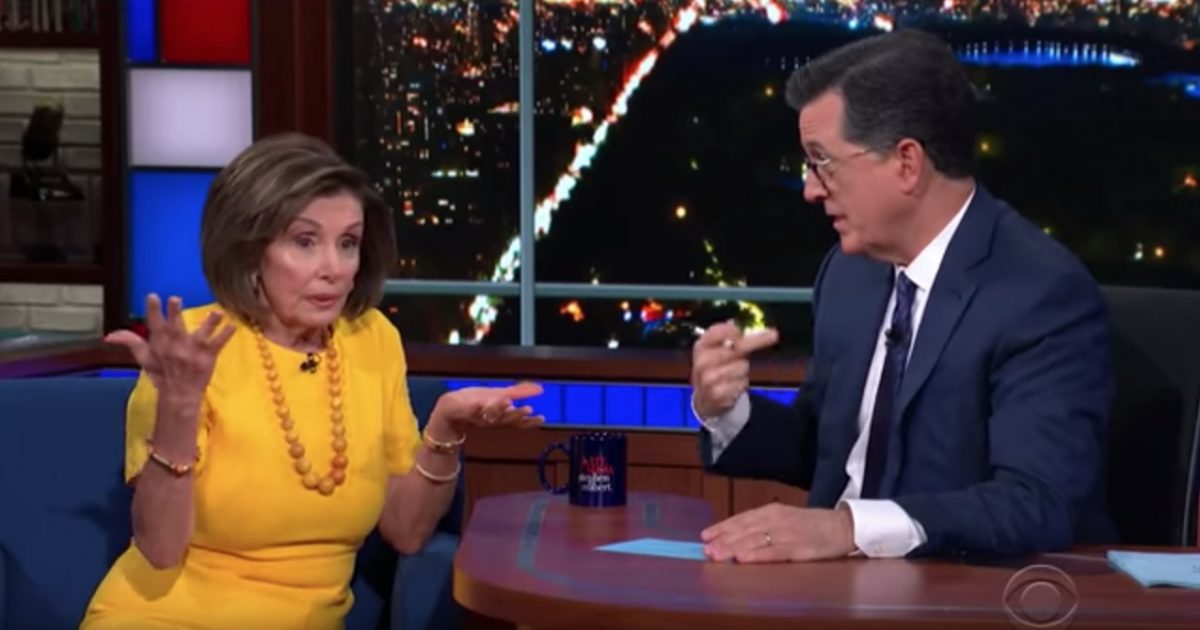 Pelosi emphasized she was not eager to impeach the president by saying, “Nobody comes to Congress to impeach a president.”

Pelosi added the impeachment investigation is focused on “…the truth and the Constitution.”

Yet, Pelosi’s decision to move forward with an impeachment investigation on partisan basis conflicts with her statement earlier this year.

In March, Pelosi said impeachment is “so divisive to the country that unless there’s something so compelling and overwhelming and bipartisan, I don’t think we should go down that path because it divides the country. And he’s just not worth it.”

The House voted on the impeachment process and the result was partisan with the vote tally of 232 to 196 with all but two Democrats voting for the measure and not one Republican voting for it.

President Trump defended his record during a “Keep America Great” rally in Mississippi this week.

One reason why the 'quid pro quo' narrative is a fairy tale:

Not only were Ukraine officials unaware aid was even being delayed until a month AFTER the 7/25 phone call… the aid was released WITHOUT any new investigations.

This impeachment case has no basis in reality. pic.twitter.com/hyjSuEUURp

The impeachment effort by the Democrats is not based on substance but it’s part of a desperate plan to distract Americans from the soon to be released Department of Justice inspector general report on FISA abuse and the upcoming DOJ investigation into the origins of the Russia collusion investigation launched during the Obama administration.