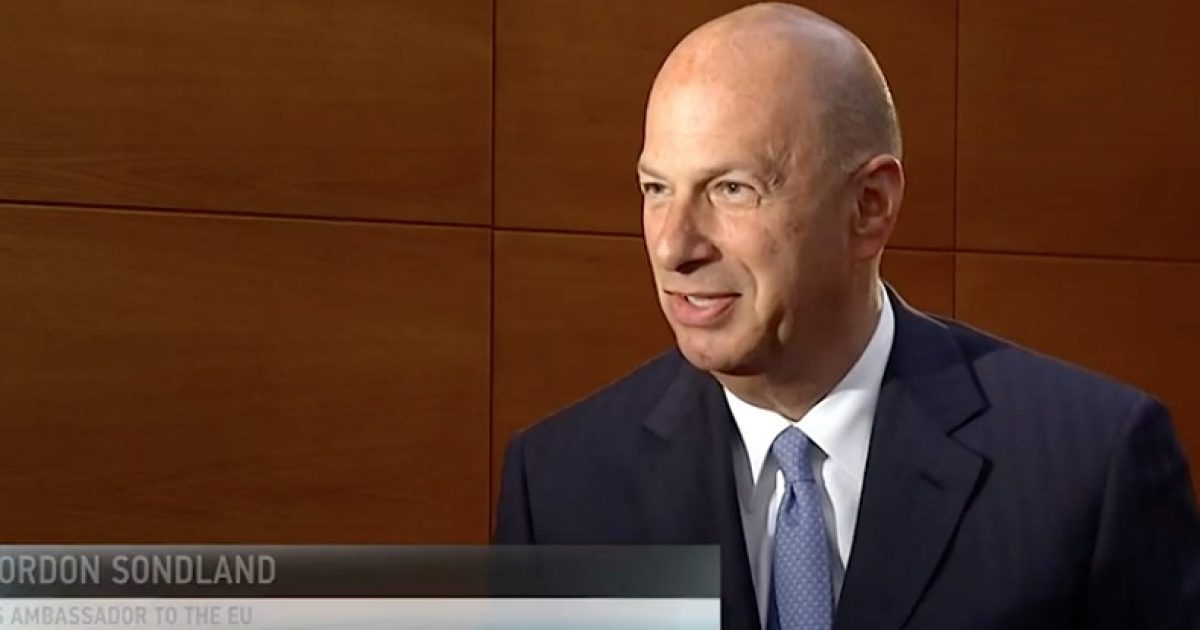 Democrats released the transcripts of testimony from former U.S. Special Envoy to Ukraine Kurt Volker and U.S. Ambassador to the E.U. Gordon Sondland, key players in the impeachment inquiry led by House Democrats.

Volker testified President Trump did not withhold a meeting with Ukraine President Zelensky in return for an investigation into the 2016 election, saying, “no… there was no linkage.”

We asked Amb. Volker, Special Envoy to Ukraine, “Did @POTUS ever withhold a meeting with President Zelensky… until the Ukrainians committed to investigate the allegations… concerning the 2016 election?”

Volker: “The answer to the question is no… there was no linkage.” pic.twitter.com/3i9prqdHwu

Thank you to Kurt Volker, U.S. Envoy to Ukraine, who said in his Congressional Testimony, just released, “You asked what conversations did I have about that quid pro quo, et cetra. NONE, because I didn’t know there was a quid pro quo.” Witch Hunt!

Most of the news focused on Sondland’s revised testimony.

However, Sondland revised his testimony to reflect a “refreshed” view of events following his analysis of other testimony provided to Congress, saying he told a Ukraine official, “U.S. aid would likely not occur until Ukraine provided the public anti-corruption statement that we had been discussing for many weeks.”

Sondland earlier testimony stated President Trump told him, “I want nothing. I want no quid pro quo. I want Zelensky to do the right thing… to do what he ran on.”

Sondland’s revised testimony is being used by Democrats to support their claim that President Trump engaged in a quid pro quo to get Ukraine to investigate Biden, a political rival.

“Both transcripts released today show there is even less evidence for this illegitimate impeachment sham than previously thought. Ambassador Sondland squarely states that he ‘did not know, (and still does not know) when, why or by whom the aid was suspended.’ He also said he ‘presumed’ there was a link to the aid — but cannot identify any solid source for that assumption.

Representative Mark Meadows (R-NC) commented about Sondland’s testimony on Twitter and said the comments are “overblown.”

Seeing many overblown (and outright false) reports about Ambassador Sondland's testimony. Here's what he actually said.

1. I did not (and still don't) know why aid was held up
2. I "PRESUMED" it was because of corruption
3. I told Yermak my assumption

Democrats and the media are seizing on paragraph five of Sondland's update, where he tells Mr. Yermak the aid may not be released without an anti-corruption statement.

Even *if* you think this is nefarious… Sondland admits in paragraph FOUR this was based on an assumption! https://t.co/OA7MRn5aGf

Sondland’s revised testimony is not meaningful but Democrats are trying to make the most of it in their stubborn pursuit of impeaching President Trump.