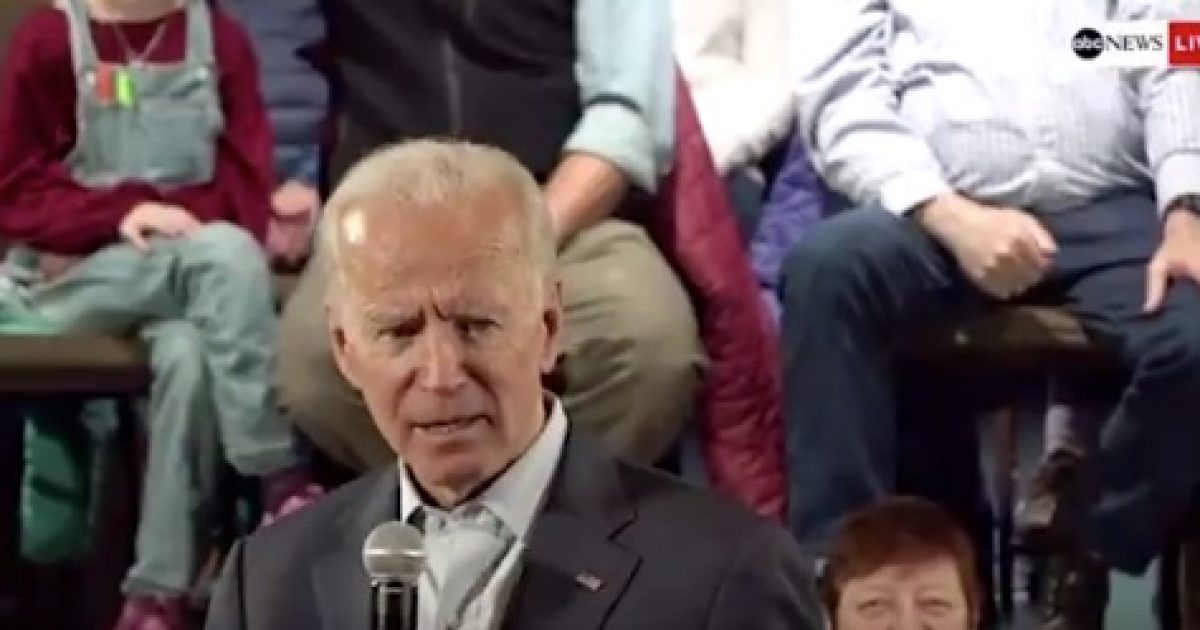 Former Vice President and 2020 presidential candidate Joe Biden continues to demonize the fossil fuel industry and is targeting the coal miners by dictating what jobs they should have.

Speaking at a rally on Monday in Derry, New Hampshire, Biden commented that coal miners could be re-trained and “learn how to program.”

During an interview earlier in December, Biden doubled down on his war on coal.

At the December democratic presidential debate, Biden was asked if he would sacrifice thousands of blue-collar jobs for a greener economy considering the economic boom in the oil and natural gas industries.

Biden didn’t hesitate in his response, saying, “The answer is yes,” and that blue-collar workers could transition to green jobs.

On the campaign trail, Biden also took a shot at executives in the fossil fuel industry and in response to an attendee’s question about fossil fuels, he said, “we’re all dead.”

Considering the abundance, reliability, and affordability of fossil fuels in America, as well as the good-paying jobs the industry provides, it’s outrageous Biden is demonizing the industry and those who work in it.

I called Biden out on social media.

.@JoeBiden You forgot to call them “deplorables.” Looking down on hard working Americans is not a way to get their vote. #EliteDemocrat https://t.co/PdW5h2v2RJ

Biden’s position on coal is not new.

In 2008, Biden was asked his thoughts on clean coal versus renewal energy and he vowed, “No coal plants here in America.”

Biden not only wants to fundamentally transform how Americans heat and cool their homes and how to power their cars but he also wants to force blue-collar works out of the coal industry.

A Joe Biden presidency will not only dictate the type of jobs and industries Americans can work in but will kill the coal industry that provides Americans with good-paying jobs.