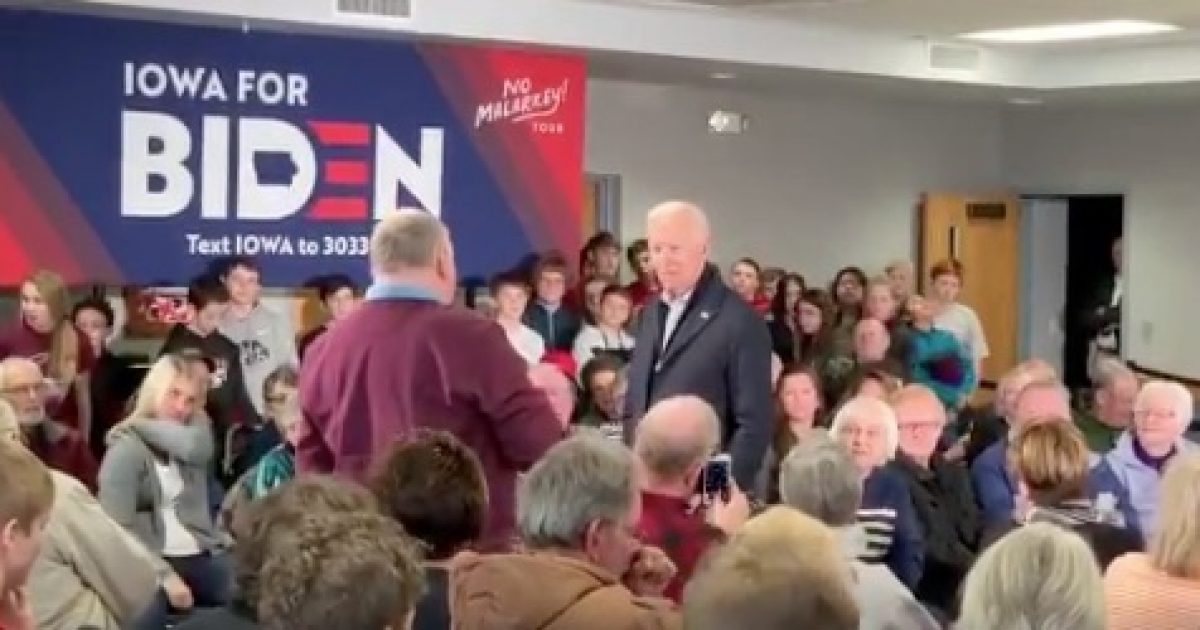 Former vice president and 2020 presidential candidate Joe Biden is making national news but not in a good way.

Biden had an angry and emotional exchange with a voter in Iowa over a question about his son Hunter’s role while serving on the board of directors of the Ukrainian gas company Burisma.

Things went downhill and matters got even worse.

Biden challenged Gorman to do pushups and verbally attacked and insulted the voter on personal terms saying, “I’m not sedentary” and continued his insults by saying, “Look, fat, look, here’s the deal.”

Gorman was interviewed following the testy exchange and said he wasn’t “trying to cause him problems,” and that Biden doesn’t “wanna answer the hard stuff.”

The Iowa voter who Joe Biden called a "damn liar" speaks with reporters after their tense exchange: "At least he's not getting so old that he's senile." https://t.co/jUThLG82gh pic.twitter.com/UGSNrBt9ei

This is not the first time Biden hit back at voters.

In August, while talking with reporters in New Hampshire, Biden responded to a comment on whether voters were concerned about his age and said, “I say if they’re concerned, don’t vote for me.”

As Biden is faced with tough questions he doesn’t want to answer, his “No Marlarkey” campaign bus tour is proving to be a clunker.