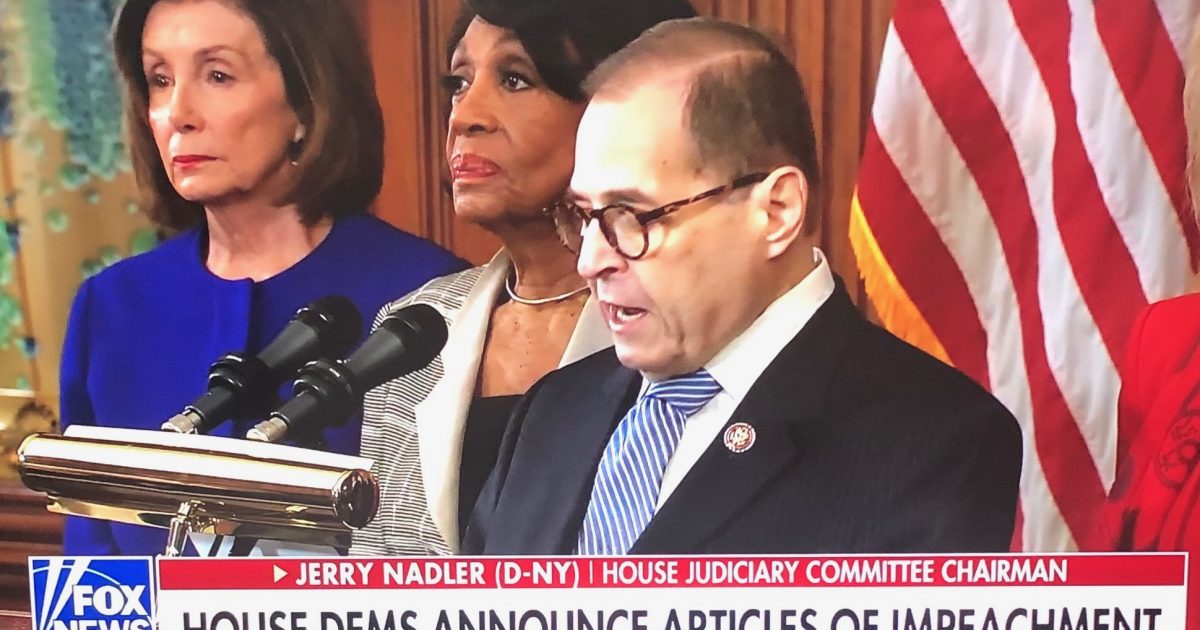 Democrats’ move to impeach President Trump is not resonating in key states and their obsession to take down the president is backfiring.

House Democrats announced two Articles of Impeachment earlier this week against President Trump – abuse of power and obstruction of Congress.

Last week, Speaker Nancy Pelosi (D-CA) gave the House of Representatives the green light for the legislative body to vote to impeach President Trump, saying, “The president leaves us no choice but to act, because he is trying to corrupt, once again, the election for his own benefit.”

On Tuesday, Intelligence Committee Chairman Representative Adam Schiff (D-CA) tweeted “Donald J. Trump must be impeached” and posted a video of his press briefing statement about the Articles of Impeachment on social media.

President Trump abused the power of his office, undermined our national security and jeopardized the next election.

He has shown no remorse and is at it still, trying even now to get foreign help in his re-election.

No one is above the law.

While House Democrats are focused on impeachment, the frustration among American voters in key states, Michigan, Wisconsin, and Pennsylvania, is growing and is reflected in the polls.

This illegitimate sham is backfiring on the Democrats. pic.twitter.com/bHca739MiS

Not all Democrats are on board with the decision to move forward on impeachment.

Democrat strategist Brad Gerstman called the move by House Democrats “a total disaster” and that “impeachment is a bad thing politically for the Democrats.”

To Impeach a President who has proven through results, including producing perhaps the strongest economy in our country’s history, to have one of the most successful presidencies ever, and most importantly, who has done NOTHING wrong, is sheer Political Madness! #2020Election

Hours after the Democrats announcement, President Trump spoke at a rally in Hershey, Pennsylvania, and told the massive crowd, “Any Democrat that votes for this sham will be voting to sacrifice the House majority, their dignity, and their career,” and said, “This is impeachment lite.”

A full House vote is expected early next week.

Although Pelosi said for months that impeachment must be a bipartisan effort, only Democrat support is behind the effort and American’s frustrations are apparent especially in key battleground states.