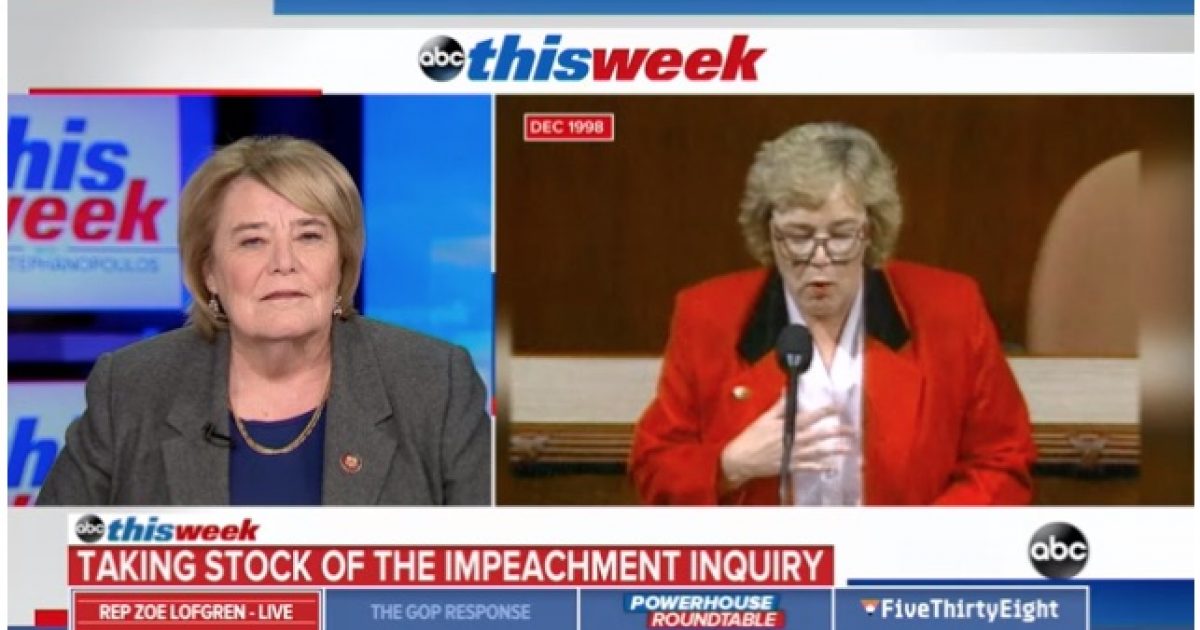 In an unusual occurrence, the anti-Trump media challenged Democrats over their impeachment hypocrisy on Sunday morning news programs.

On CNN, House Judiciary Committee Chairman Representative Jerry Nadler (D-NY) was confronted with his prior statement of opposing impeachment based on politics.

CNN host Dana Bash asked Nadler about his concerns expressed during the impeachment of former President Bill Clinton that a partisan impeachment would result in deep political division.

During the interview, Stephanopoulos asked Lofgren to react to her statement defending former President Clinton over his impeachment when she, in 1998, spoke out against politically-driven impeachment.

On CNN’s “Inside Politics,” the political panel discussed the possibility that Democrats’ hatred of President Trump will override the legal basis of the impeachment process.

The discussion included Speaker Nancy Pelosi’s response to a reporter who asked her if she hated President Trump.

Pelosi was on the way out of the press briefing when the question was asked.

The question hit a nerve, so much so that Pelosi returned to the podium and made a very passionate response.

While some in the media were challenging Democrat hypocrisy, NBC News’ Chuck Todd took another angle and challenged Senator Ted Cruz (R-TX) over Ukraine’s interference in the 2016 presidential election.

Senator @tedcruz: “Chuck, I understand that you want to dismiss Ukrainian interference because, A. they were trying to get Hillary Clinton elected, which is what the vast majority of the media wanted anyway, and B. it’s inconvenient for the narrative”

The Democrats hatred of President Trump is the real reason for trying to impeach him and it’s so obvious even elements of the anti-Trump media can’t ignore Democrat hypocrisy.