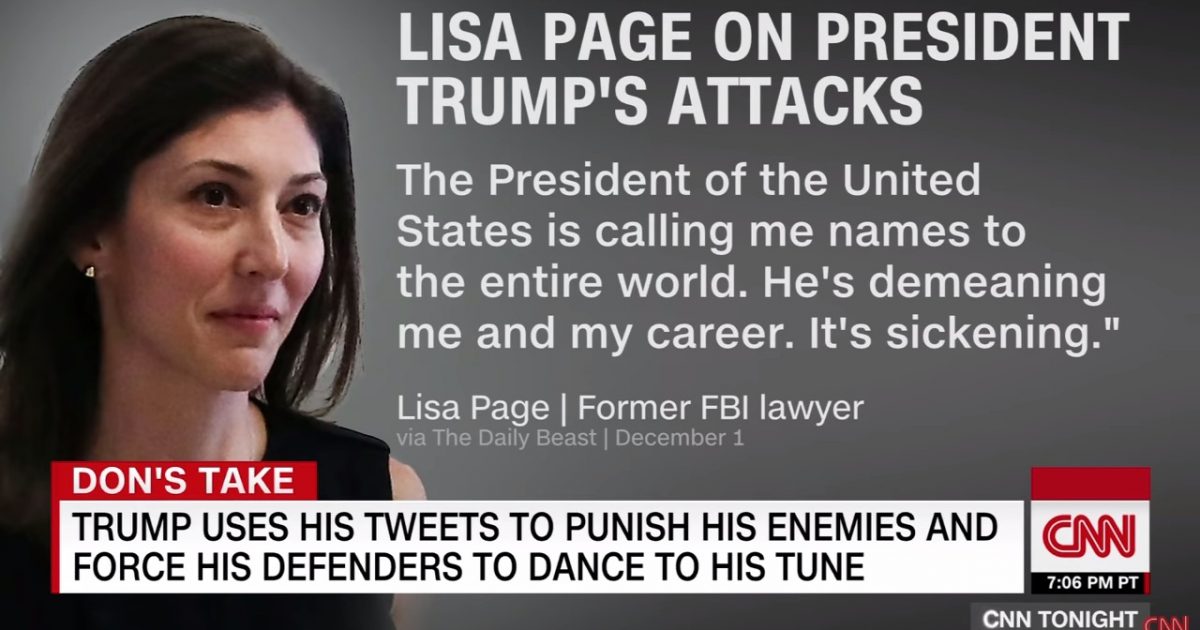 Former FBI lawyer Lisa Page declared her innocence regarding concerns her personal feelings about President Trump affected her role in the Russia investigation in an exclusive interview with The Daily Beast.

Page told the outlet, “…it would be nice to have the IG confirm publicly that my personal opinions had absolutely no bearing on the course of the Russia investigations….”

The interview precedes the Department of Justice inspector general report on the federal government’s Russia investigation which is expected to be released next week.

News stories are claiming the report concludes the FBI was justified in initiating the Russia investigation.

In her interview with The Daily Beast, Page also complained about President Trump’s Tweets about her.

“It’s almost impossible to describe” what it’s like, she told me. “It’s like being punched in the gut. My heart drops to my stomach when I realize he has tweeted about me again. The president of the United States is calling me names to the entire world. He’s demeaning me and my career. It’s sickening.”

President Trump responded to Page’s interview in a Tweet.

When Lisa Page, the lover of Peter Strzok, talks about being “crushed”, and how innocent she is, ask her to read Peter’s “Insurance Policy” text, to her, just in case Hillary loses. Also, why were the lovers text messages scrubbed after he left Mueller. Where are they Lisa?

Let me get this straight.

Page and Strzok sent texts about an “insurance policy” and how they’ll “stop Trump” while part of the FBI spying on Trump campaign.

CNN host Don Lemon discussed Page’s complaints over the president’s Tweets about her.

The timing of the interview that coincides with the inspector general report is designed to help Page repair her damaged reputation.