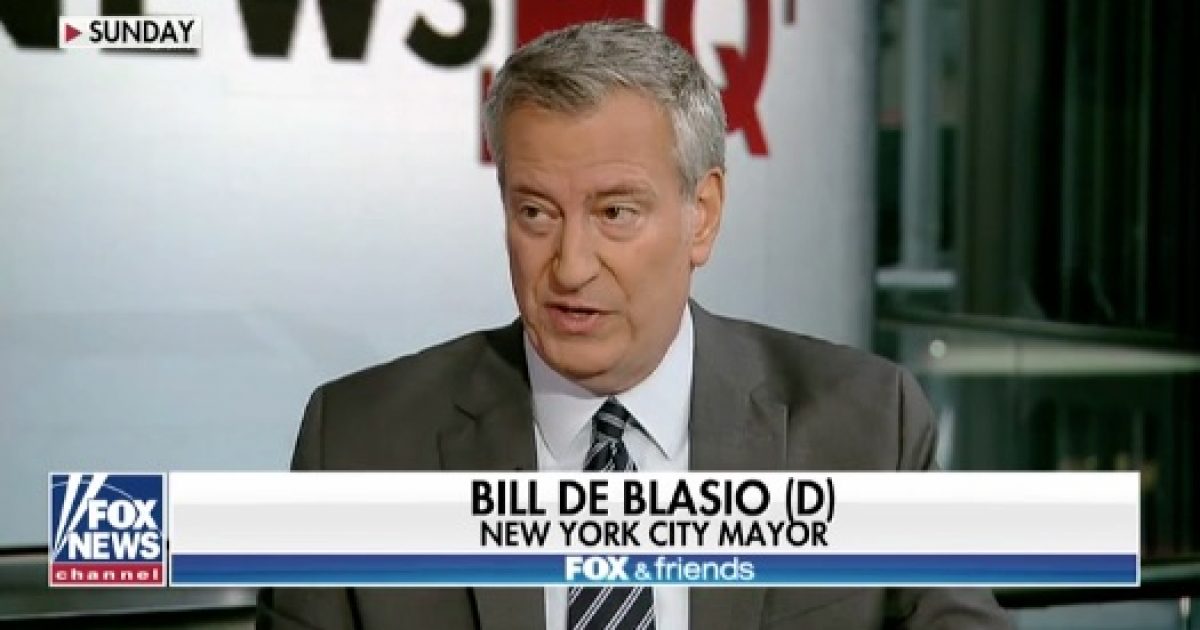 Over the weekend, a man invaded a rabbi’s home in Monsey, New York, during a Hanukkah celebration and attacked five people with a machete.

The attack in Monsey follows a disturbing trend of anti-Semitism in New York City.

Monsey is about 35 miles north of midtown Manhattan.

At 9:50 this eve, a call came in about a mass stabbing at 47 Forshay Road in Monsey (Rockland County; 30 miles North of NYC). It's the house of a Hasidic Rabbi. 5 patients with stab wounds, all Hasidic, were transported to local hospitals.

Based on feedback from witnesses, the police arrested Grafton Thomas, a black male, in New York City.

Shortly after the stabbings, authorities arrested a black male in a car with a license plate that had been identified by witnesses at the scene.

Anti-Semitism is on the rise in America. And it’s being stoked by @realDonaldTrump who won’t condemn it and Trump’s lawyer, @RudyGiuliani, who just this week said he’s “more Jewish than Soros.” ICYMI, my @jdforward op-ed on what we must do: https://t.co/5wVUoVyS5w

In June, de Blasio blamed the rise in anti-Semitic attacks on those on the right saying, “I think the ideological movement that is anti-Semitic is the right-wing movement.”

Jewish leader and former New York Assemblyman Dov Hikind called out Democrats over their response to the anti-Semitic attacks.

Based on video evidence of anti-Semitic attacks, Hikind also stated “almost all of them are emanating from individuals from the African-American community but no one wants to have that conversation.”

“Within the Democratic Party, there’s a double standard” when it comes to anti-Semitism… “All the hate in New York is coming from the left.”
pic.twitter.com/8A1wc6wYnz

These attacks are another example of the rise in anti-Semitism and a very disturbing pattern that is escalating in New York City.

Earlier this month, two shooters attacked a kosher market in Jersey City, New Jersey, resulting in multiple deaths. Both suspects were black, one male and one female, and were killed by police in a firefight.

The Washington Examiner reported, “One of the two suspects in the recent kosher deli shooting had published anti-Semitic and anti-police posts online.”

Last week, a black woman named Tiffany Harris was accused of hitting three Orthodox Jewish women in New York and of saying to them, ‘F–k you, Jews!'”

President Trump tweeted about the importance “to fight, confront, and eradicate the evil scourge of anti-Semitism.”

The anti-Semitic attack in Monsey, New York, on the 7th night of Hanukkah last night is horrific. We must all come together to fight, confront, and eradicate the evil scourge of anti-Semitism. Melania and I wish the victims a quick and full recovery.

.@NYCMayor Seriously?! It’s ridiculous to blame @realDonaldTrump for anti-Semitism attacks in YOUR city. I spoke at a rally fighting anti-Semitism outside New York City Hall. Have you?? https://t.co/da75VBb4hr https://t.co/GciH3gepWq

Deneen Borelli has a strong voice. So many, even in the Jewish world, refuse to take a strong stance against the growing antisemitism in the US. But this Black Conservative has made it her duty to fight against the hate.

Watch the video of my speech.

The outrageous rise in anti-Semitism will not be stopped unless the media reports on the facts including the evidence that blacks are responsible for most of these attacks in New York.

However, blacks attacking Jews doesn’t fit the narrative so it goes unreported and the failure to report the truth is not only wrong but dangerous.