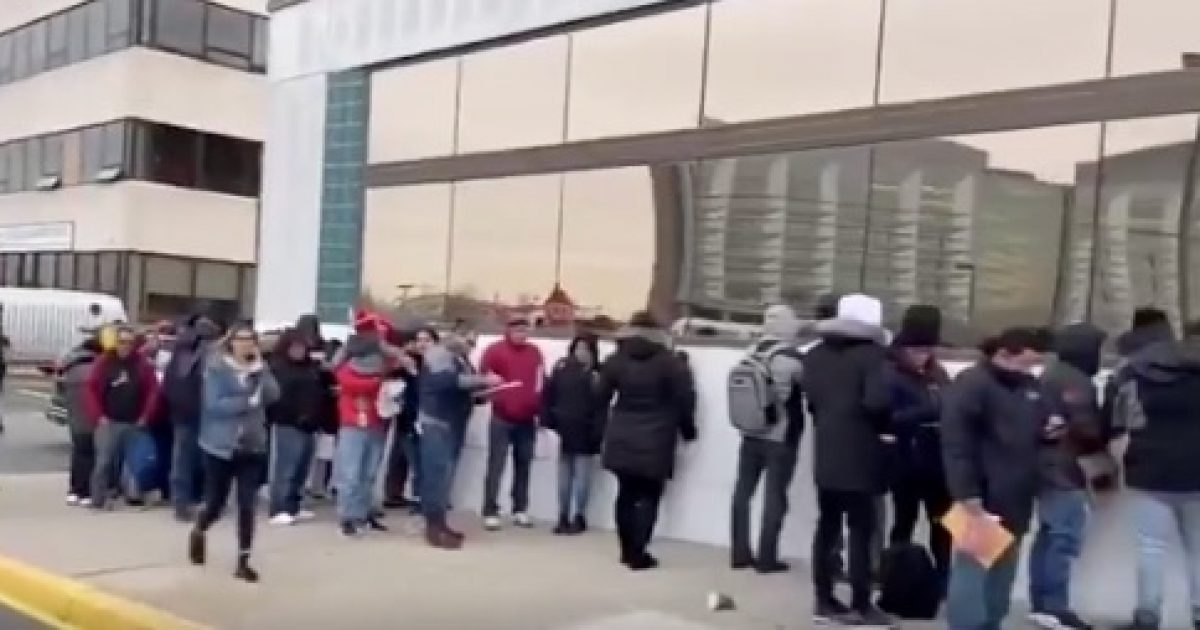 Although the law was challenged in court, a federal judge denied the challenge and it’s also reported there are other legal challenges.

The Green Light law is legal & enforceable & now a second court has dismissed meritless claims against it.

We expect all public officials to comply with the law. As the state's chief law enforcement officer I’ll continue to vigorously defend it.https://t.co/6rzuLIK3hr

Needless to say, the Department of Motor Vehicles agencies in New York were inundated with long lines where the wait time went on for hours on Monday.

Lines to apply for New York driver's licenses go as far as around the block on the first day undocumented immigrants can apply for them https://t.co/ez6Ca3jxbe pic.twitter.com/7ogsYdTPDb

Some took to social media to criticize the law and to highlight the double standard, stressing the actions they personally took to obtain a driver’s license.

What crap. I just had to get an official copy of my birth certificate, and proof of residency, citizenship, and six points of identification for my CDL when I already have an enhanced license. How do they get one! Now do they get to vote too! Ugh

Others captured photos of the long lines.

Here is part of the New York State Department of Motor Vehicles statement:

The Driver’s License Access and Privacy Act, commonly called the ‘Green Light law’, was enacted on June 17, 2019, and takes effect on December 16, 2019. It allows all New Yorkers age 16 and older to apply for a standard, not for federal purpose, non-commercial driver license or learner permit regardless of their citizenship or lawful status in the United States.

The dismissed lawsuit lodged against New York State by Rensselaer County Clerk Frank Merola stressed concerns of voter fraud and said the law “prohibits his office and the DMV from sharing private information with the federal government.”

Merola also argues the Green Light Law opens doors to voter fraud, by way of the I.D. number that comes with a driver’s license.

“Anybody can register to vote with that nine digit number,” Merola told News10.

Driver’s licenses are a privilege and should not be given to those who illegally entered the U.S., especially since it can be used as documentation to vote.