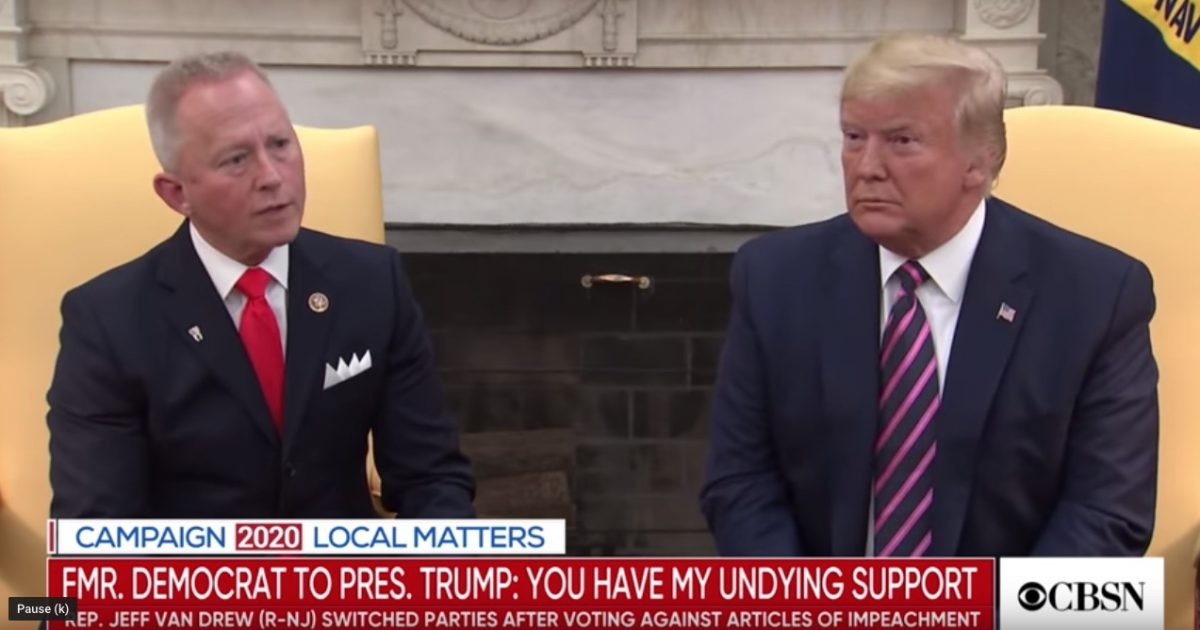 Not all Democrats are on board with impeachment.

New Jersey Democrat Representative Jeff Van Drew not only voted against both articles of impeachment but also announced he was leaving the Democrat Party for the Republican Party.

Van Drew met with President Trump in the Oval Office to confirm he was switching parties.

“This is just a better fit for me,” he said. “There were other times in my life when I thought about this.”

President Trump told Van Drew, “I’m with you all the way.”

Republicans supported Van Drew’s decision and welcomed him to the Republican Party.

California Representative Kevin McCarthy said, “He’s going from the majority to the minority. That doesn’t happen.”

Welcome to the @GOP, @VanDrewForNJ!

Nancy Pelosi’s sham has backfired so much that members of her own caucus are fleeing the Democrat Party!

House Speaker Nancy Pelosi was not thrilled with Democrats that did not support the impeachment effort.

Pelosi also admonished her fellow House members for applauding after the first article of impeachment was passed.

Nancy Pelosi had to shut down Democrat applause when the first article of impeachment passed.

So much for Dems claiming impeachment is "solemn" for them.

What a ridiculous lie! pic.twitter.com/NJjzE8y3t7

Going forward into 2020, Democrats will be facing more backlash for their foolish decision to hold an impeachment vote against President Trump.