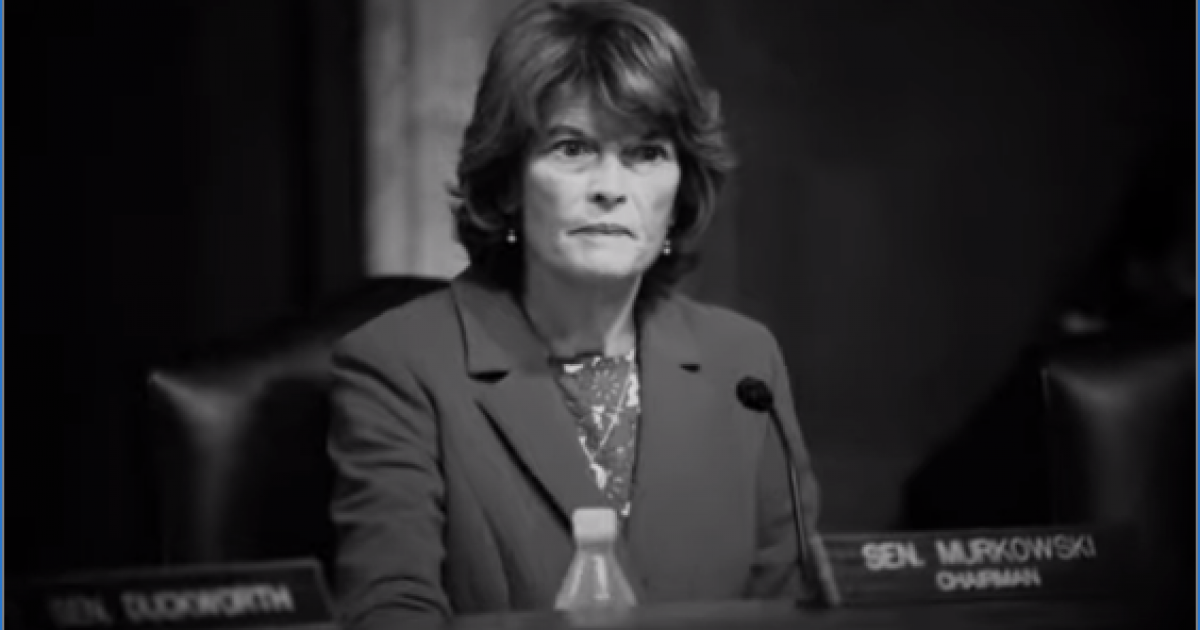 Specifically, Murkowski was upset McConnell said he was not impartial and the entire impeachment effort was political.

Here is what McConnell said on Fox News’ “Fox & Friends.”

Murkowski responded to McConnell’s views saying, “And in fairness, when I heard that I was disturbed.”

The comments by Murkowski appear to be in response to an anti-Trump organization targeting her in ads.

Like most things in Washington, D.C., nothing happens by accident.

Alaska Public Media reports, “A national group called Republicans for the Rule of Law is running ads aimed at moving Sen. Lisa Murkowski off the sidelines.”

Murkowski can be problematic for Republicans.

She was the only Republican that did not vote to confirm Brett Kavanaugh to the Supreme Court.

At the time, a widely circulated picture of Senator Dianne Feinstein (D-CA) in Murkowski’s face appeared to show the pressure campaign not to support Kavanaugh.

Democrats desperately need to find at least one Republican to vote to remove President Trump from office to show the effort is bipartisan and since Murkowski caved with the Kavanaugh vote, she became a target of an anti-Trump group.

House Speaker Nancy Pelosi (D-CA) has delayed sending the articles of impeachment to the Senate which will keep the topic in the news cycle.

The call for impartiality is a joke.

The entire impeachment effort by Democrats is political.