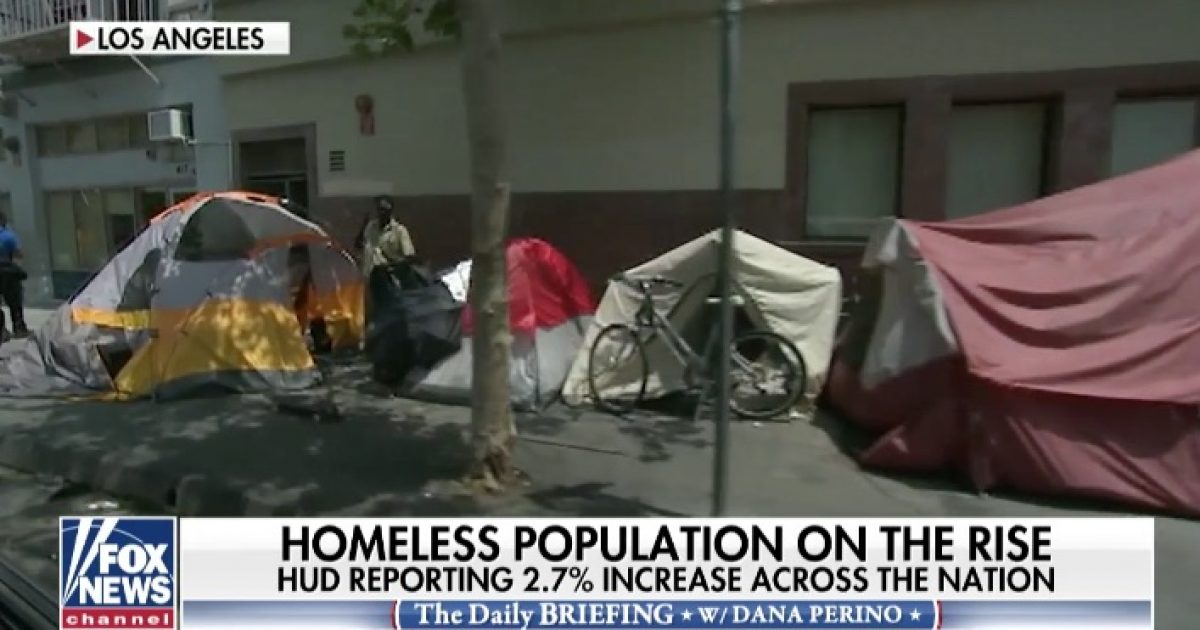 President Trump issued a stern warning to California Democrat leaders to fix California’s homeless crisis or “the Federal Govt. will get involved.”

California’s homeless crisis is off the charts and continues to rise, making the conditions on the streets unsafe and unsanitary.

On Christmas day, rather than a message of holiday cheer, President Trump blasted California Governor Gavin Newsom for not addressing the homeless crisis.

Instead, Trump delivered an ultimatum to the Democrat first-term governor regarding the Golden State’s homeless crisis, warning of federal intervention if the problem isn’t addressed soon.

Governor Gavin N has done a really bad job on taking care of the homeless population in California. If he can’t fix the problem, the Federal Govt. will get involved! https://t.co/2z8zM37PUA

President Trump also called out Speaker Nancy Pelosi over the deplorable conditions of her California district, calling it “the worst anywhere in the US.”

Nancy Pelosi’s District in California has rapidly become one of the worst anywhere in the U.S. when it come to the homeless & crime. It has gotten so bad, so fast – she has lost total control and, along with her equally incompetent governor, Gavin Newsom, it is a very sad sight!

“Nancy Pelosi has no leverage over the Senate. Mitch McConnell did not nose his way into the impeachment process in the House, and she has no standing in the Senate.” Brad Blakeman. Crazy Nancy should clean up her filthy dirty District & help the homeless there. A primary for N?

“As we look across our nation, we see great progress, but we’re also seeing a continued increase in street homelessness along our West Coast where the cost of housing is extremely high,” said HUD Secretary Ben Carson.

The troubled streets of San Francisco are resulting in a loss of millions of dollars for the city.

San Francisco was once a popular city for businesses to hold annual conventions and conferences but with sky-high hotel costs and an out of control homeless crisis causing public health and safety concerns, companies are going elsewhere.

Oracle’s OpenWorld conference, one of the biggest annual technology events in San Francisco, is moving to Las Vegas in 2020 and will remain in Sin City for at least three years.

Pelosi and Newsom are ignoring their basic duty to promote the safety and security of citizens and tourists by ignoring the deplorable homeless crisis on California streets.