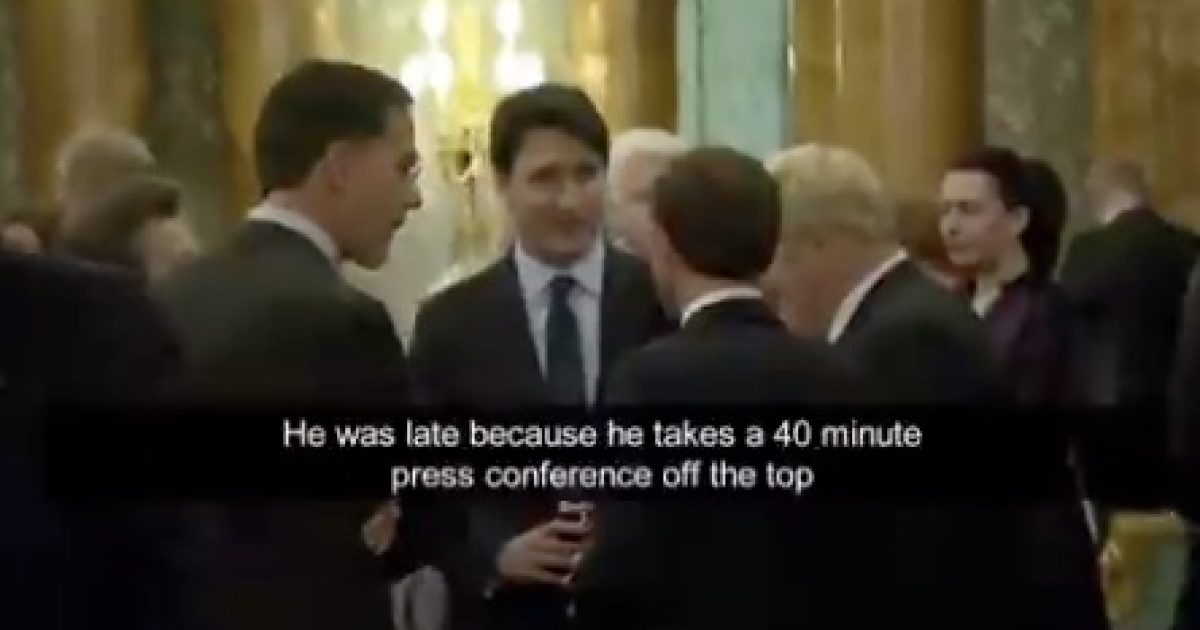 President Trump hit back at Canadian Prime Minister Justin Trudeau after a short video emerged of him mocking the president with other world leaders at the NATO summit in London.

Trudeau, along with French President Emmanuel Macron, British Prime Minister Boris Johnson and others, appeared to be making fun of President Trump at a NATO summit reception on Tuesday while he was out of the room.

The group was discussing why President Trump was late with Trudeau saying, “He was late because he takes a 40-minute press conference off the top.”

.@JustinTrudeau, @EmmanuelMacron, @BorisJohnson and other VIPs shared a few words at a Buckingham Palace reception Tuesday. No one mentions @realDonaldTrump by name, but they seem to be discussing his lengthy impromptu press conferences from earlier in the day. (Video: Host Pool) pic.twitter.com/dVgj48rpOP

During a bilateral meeting on Wednesday with German Chancellor Angela Merkel, President Trump was asked about the hot mic moment and hit back at Trudeau, saying, “he’s two-faced.”

President Trump continues to disrupt domestic and international politics and the world leaders, many of which have different political views, don’t like him.

Consequently, it’s not surprising Trudeau would take a cheap shot at President Trump when he wasn’t present.

President Trump is keeping his America First agenda despite criticism from world leaders and he doesn’t hold back from firing back at his critics.